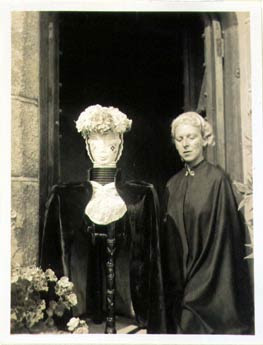 Like most words, mimesis is a nest of meanings. Shadings fly from it like fledgling birds: imitation, representation, replication, impersonation, or portrayal do for Plato; nowadays we could add copy, counterfeit, dupe. Grammatically different forms of what is called "the mimesis group" designate the action of mimicry — or the actor, mime, or mockingbird that performs the tune — while others aim at either the subject of imitation or its result, or sometimes indicate the arena of representation itself: the agora, law courts, or the stage. Mimesis calls the theater home, some say; it is derived from the dance; it belongs to mockery and mime, not always silent, and is often concerned with events and situations in daily life; no, it is the creation of effigies — statues, scarecrows, voodoo dolls — it is the means by which we call upon the gods. But did these meanings of mimesis really compete, or is the competition to be found in the disputatious pages of contemporary scholars, who prefer one meaning (theirs) over others, much as if, in a mulligan stew, one conferred honor and dominance to six pearl onions?