Showing posts from July, 2019
Show all

Little Magazine, World Form and The World Broke in Two 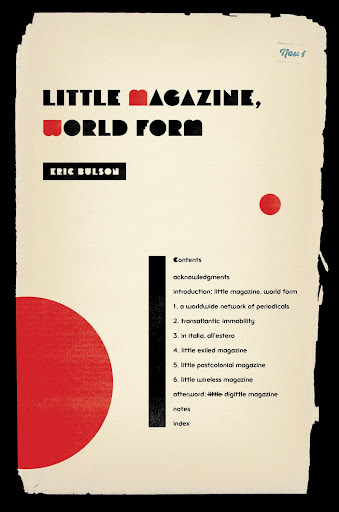 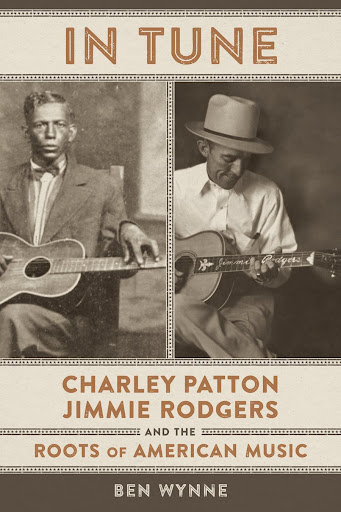 The review originally appeared in the Summer 2015 issue of Rain Taxi . In Tune: Charley Patton, Jimmie Rodgers, and the Roots of American Music by Ben Wynne Louisiana State University Press  “Today,” Ben Wynne writes, “the names Charley Patton and Jimmie Rodgers are rarely uttered outside the confines of documentary films or scholarly publications dealing with American roots music. Most people do not routinely listen to Patton or Rodgers records, and their songs are no longer heard on the radio.” [14] And yet the music of Patton and Rodgers echoes through most popular music from the middle of the 20 th century to now, because Patton was one of the foundational figures of the Mississippi Delta style of blues and Rodgers was one of the foundational figures of what today is known as country music. From Patton and Rodgers we can trace a direct line to Robert Johnson, Bill Monroe, Hank Williams, Howlin’ Wolf, Elvis Presley, Chuck Berry, Jerry Lee Lewis, Johnny Cash, Merle H
Read more 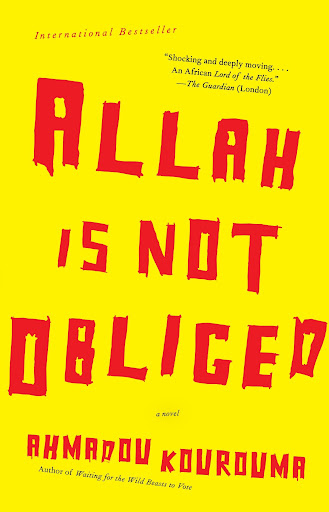 This review originally appeared in the Summer 2007 issue of Rain Taxi . Allah Is Not Obliged by Ahmadou Kourouma translated by Frank Wynne Anchor Books First published in Paris in 2000 as Allah n'est pas obligé , and now arriving in the U.S. for the first time, Ahmadou Kourouma's final novel is the harrowing story of a child soldier in Côte d'Ivoire and Liberia in the 1990s.   It is a story of adult atrocities perceived (and committed) by a child, but ultimately it is something other than that, a fiction that shows how fiction can—and, perhaps, should—fall apart when asked to bear the weight of the real horrors of the world. Though his four novels are as yet almost unknown within the United States, Kourouma's reputation in France is strong, and he received various awards before his death in December 2003. Born in 1927 in Côte d'Ivoire, he spent time during his childhood in Guinea and Mali before going to France for school and later to Indochina as
Read more This review appeared in the Summer 2006 issue of Rain Taxi . Upon the Altar of the Nation:  A Moral History of the Civil War by Harry S. Stout Viking Any history of the U.S. Civil War is a moral history, because the brutal events of the war have little meaning in and of themselves, and so historians must put forth interpretations and arguments about not only how, but why such blood was shed.  The paradox any historian must confront, though, is that the Civil War, while inevitably draped in moral evaluations, is rich with contradictions and complexities that render all moral judgment at best reductive and shallow. "Instead of declaring the Civil War a just war dictated by prudent considerations of proportionality and protection of noncombatants," Harry Stout writes, "I argue that in too many instances both sides descended into moral misconduct."  Though this is hardly a revolutionary thesis, Stout builds evidence for his argument with stubbornly repetit
Read more This review appeared in the Spring 2008 issue of Rain Taxi . (I've left the page references in that RT uses for proofreading, as they may be useful to readers.) Orpheus in the Bronx: Essays on Identity, Politics, and the Freedom of Poetry by Reginald Shepherd University of Michigan Press It's not difficult to trace the source of all the magic in Reginald Shepherd's first collection of essays—the author's sensitivity to the fruitful borderlands between aesthetics and politics—but pinning down each wondrous effect emanating from that source might take a while.   This is a book rich with ideas and implications, a book that provokes and dazzles and sings. In the introduction to Orpheus in the Bronx , Shepherd calls himself "someone who has looked to art and literature as a means for the expansion rather than the constriction of horizons" (1), and that tendency and quest is evident on every page of every essay.   As a poet who is, among other thin
Read more

Make My Day: Movie Culture in the Age of Reagan by J. Hoberman 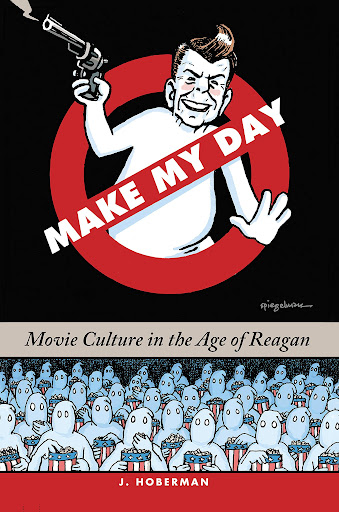 After Jimmy Carter's timid efforts to make America adjust to late-twentieth-century realities, Reagan installed fantasy as the motor of national consciousness, and it's still pumping disastrously along. —Alexander Cockburn I wouldn't wish the eighties on anyone, it was the time when all that was rotten bubbled to the surface. —Derek Jarman In March of 1985, President Ronald Reagan gave a speech to a business association and quoted Clint Eastwood’s most popular line from the 1983 “Dirty Harry” movie Sudden Impact:   "I have only one thing to say to the tax increasers: Go ahead, make my day." As a former Hollywood actor and head of the Screen Actors Guild, the 40th president relied on movies to help him communicate his ideas and emotions, and to help him understand the world and his place in it. Biographer Lou Cannon wrote that "Even when he was gone from Hollywood, Hollywood was never gone from him. He watched movies whenever he could, and the
Read more
More posts