Showing posts from November, 2009
Show all

Let's Talk About Love: A Journey to the End of Taste by Carl Wilson

I must admit some surprise that the best book I've read about judgement, taste, and aesthetics is a book about Céline Dion. CarlWilson'sLet's Talk About Love: A Journey to the End of Taste is not only thoughtful and well-informed, it is also compelling in every sense of the word. (It's part of the ever-surprising and wonderfully odd 33 1/3 series from Continuum Books.)

I don't know where I first heard about Wilson's book -- probably via Bookforum -- but it's gotten plenty of press, including a mention by James Franco at the Oscars and an interview of Wilson by Stephen Colbert. The concept of the book is seductive: Wilson, a Canadian music critic and avowed Céline-hater, spends a year trying to figure out why she is so popular and what his hatred of her says about himself. I kept away from the book for a little while because I thought it couldn't possibly live up to its premise, and that in all likelihood it was more stunt than analysis. Nonetheless…
Read more

November 16, 2009
The Wall Street Journal just ran an excellent interview with the seldom-interviewed CormacMcCarthy, and I thought this advice was particularly sound:
WSJ: The last five years have seemed very productive for you. Have there been fallow periods in your writing?CM: I don't think there's any rich period or fallow period. That's just a perception you get from what's published. Your busiest day might be watching some ants carrying bread crumbs. Someone asked Flannery O'Connor why she wrote, and she said, "Because I was good at it." And I think that's the right answer. If you're good at something it's very hard not to do it. In talking to older people who've had good lives, inevitably half of them will say, "The most significant thing in my life is that I've been extraordinarily lucky." And when you hear that you know you're hearing the truth. It doesn't diminish their talent or industry. You can have all that and fail.I was …
Read more 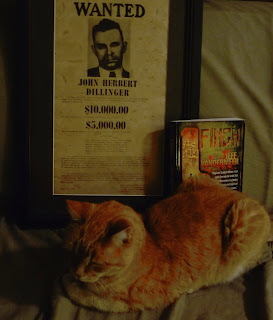 Ms. P. Martha Moog thought about reading Finch, but decided against it when she discovered that the eponymous protagonist is not, in fact, a delectable bird. She very much liked the gun on the cover, though, and so dragged the book and one of our home decorations over the couch to spend some time with them. (She fancies herself a gun moll, I'm afraid. I keep having to confiscate her collection of Derringers.)
Read more 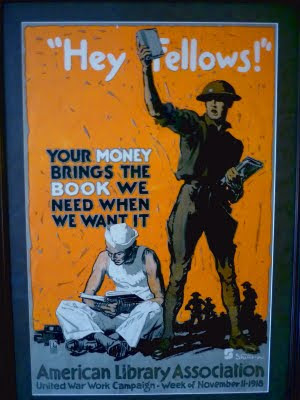 November 09, 2009
My latest story, "Revelations", is now live at the Sunday Salon webzine.

I'm particularly happy with this for a few reasons -- first because my friend Nita Noveno, one of the editors, asked me to contribute, and it's always nice to be asked to contribute to something, but also, and especially, because the Sunday Salon website reaches toward some of my own ideals for ways literature and the world can encounter each other. It's a site worth exploring and supporting.

Here's an excerpt from the story to entice you (or warn you away)--Olly and I spent much of our time together, though, because Olly liked to hear the stories I told her. At first, I told her stories about the things our parents were doing out in the world -- fighting evil witches and dastardly kings, working as spies for the government, flying in warplanes and bombing remote regions of the Earth. Olly didn't seem to understand these stories, but she liked them. As she got older, though, she as…
Read more

Returning now to work on the aforementioned J.M. Coetzee essay, which is once again insisting on going in unexpected directions requiring more reading. (Paul de Man's "Autobiography as De-Facement" this morning. I know you're jealous.) No more blogging till it's done. Bad me.
Read more 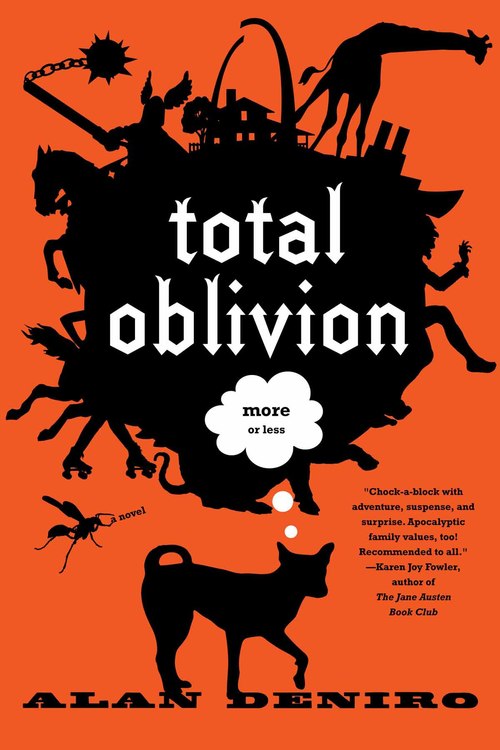 It's a sunny, cool Saturday morning up here in the wilds of New Hampshire, and I was filled with the desire to share some music this morning, but wasn't sure what. My recent discovery and obsession, Ted Hawkins? Couldn't choose just one song. The most amusing song I've heard this week, Marion Harris's "I'm a Jazz Vampire"? Tempting, tempting...

But then a finished copy of Alan DeNiro's novel Total Oblivion, More or Less arrived in my mailbox, sporting its fabulous cover, and Booklist gave it a starred review, and for various reasons that will become apparent the minute you read a synopsis of the book, I couldn't get a certain Andrew Bird song out of my head, and then found this lovely video someone had created for it, and my choice of music to share with you this morning was pretty much made for me. Enjoy--

Lizzie Skurnick:
"I just want to say," I said as the meeting closed, "that we have sat here and consistently called books by women small and books by men large, by no quantifiable metric, and we are giving awards to books I think are actually kind of amateur and sloppy compared to others, and I think it's disgusting." (I wasn't built for the board room.) "But we can't be doing it because we're sexist," an estimable colleague replied huffily. "After all, we're both men and women here."

But that's the problem with sexism. It doesn't happen because people -- male or female -- think women suck. It happens for the same reason a sommelier always pours a little more in a man's wine glass (check it!), or that that big, hearty man in the suit seems like he'd be a better manager. It's not that women shouldn't be up for the big awards. It's just that when it comes down to the wire, we just kinda feel like men…
Read more

Eric Schaller and the Art of Illustrating VanderMeer 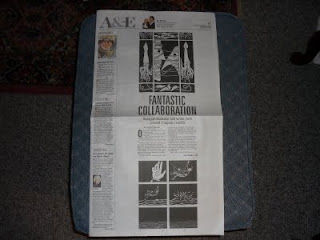 New Hampshire is a small state, so we only have a few daily newspapers. We're most notorious for the Union Leader, but the state paper that's won a Pulitzer (among other awards) is the Concord Monitor.

And today the Illustrating VanderMeer exhibit that I helped put together at Plymouth State University got a big feature story in the Monitor, with a particular focus on New Hampshire's own Eric Schaller.

The web version has the full text, but I was blown away when I opened up the paper and saw it was almost the entire front page of the arts section:

And just a reminder that Jeff and Eric will both be in Plymouth on the evening of November 23 for a reading and discussion. Huge thanks to David Beronä and Jennifer Green at Plymouth State for their work in putting the exhibit together, and special thanks to the Public Relations department at the University as well for helping it continue to get great coverage.

And if you haven't yet bought Booklife or Finch, the only acceptabl…
Read more

I had promised myself I would not blog again until I had finished x, y, and z, and while x and y are finished, z (an essay about J.M. Coetzee's memoir-novels) is beating me up and winning.

But I'm going to pause in the fight for a moment and break my self-promise because today I discovered Aaron Bady's astoundingly excellent blog Zunguzungu via a marvelous post Bady wrote at The Valve about Chinua Achebe and the African Writers Series (a post that previously appeared on Zunguzungu).

It's been a long time since I last encountered a blog where the excitement of discovery came from finding someone giving expression to inchoate thoughts I'd never quite found words for, but that happened again and again as I read through Bady's blog, especially the post "When Good People Write Bad Books" and this earlier Achebe post, referencing Norman Rush (whose Mating I adore, or, at least, I adored when I read it about ten years ago) to explore the idea of "great w…
Read more
More posts