Showing posts from December, 2012
Show all

I haven't had a chance to write about many movies over the past few months, so here are some stray, incomplete thoughts and blazingly subjective opinions on various films, before I completely forget my first impressions... The Amazing Spider-Man . I've come to the conclusion that I don't much like super-hero movies, and my love of The Amazing Spider-Man , which most people seem to feel at best lukewarm about, is probably because it's not much of a super-hero movie. I didn't care for Sam Raimi's  three Spider-Man movies much — indeed, I thought number 2 , which some people I know consider the greatest super-hero movie of all time, worked vastly better when played at 1.5 speed, and probably would have been even better played faster, if the voices didn't sound like The Chipmunks. I went into The Amazing Spider-Man  with very low expectations, then, and those expectations were exceeded all around. The casting is ultimately the film's greatest strength
Read more 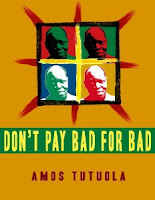 I have contributions in three new e-books that offer all sorts of wonders and joys: Don't Pay Bad for Bad  is a collection of rare and previously unpublished short stories by Amos Tutuola (author of The Palm-Wine Drinkard, My Life in the Bush of Ghosts , etc.). The e-book includes an introduction by Tutuola's son Yinka, and an afterword by me in which I try to give some of the context for how Tutuola's writing has been perceived by readers over the years. [Available from Weightless (Epub & Mobi formats), Wizard's Tower (Epub & Mobi), Amazon .] Tainaron: Mail from Another City  by Leena Krohn is a nearly-indescribable novella, easily one of my favorite pieces of writing of the last few decades, and so I'm thrilled to have provided an afterword for the e-book. [Available from Weightless (Epub & Mobi formats), Amazon .] The second issue of the lit journal  Unstuck  includes all sorts of stories, poems, essays, whatzits, etc., including a little
Read more 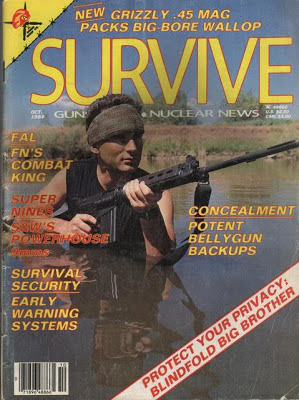 Yesterday's massacre at Sandy Hook Elementary School was the sixteenth mass shooting in the U.S. in 2012. Looking back on my post about "Utopia and the Gun Culture" from January 2011, when Jared Loughner killed and wounded various people in Arizona, I find it still represents my feelings generally. A lot of people have died since then, killed by men with guns. I've already  updated that post once before, and I could have done so many more times. Focusing on guns is not enough. Nothing in isolation is. In addition to calls for better gun control, there have been calls for better mental health services. Certainly, we need better mental health policies, and we need to stop using prisons as our de facto mental institutions, but that's at best vaguely relevant here. Plenty of mass killers wouldn't be caught by even the most intrusive psych nets, and potential killers that were would not necessarily find any treatment helpful. Depending on the scope and
Read more

New Issue of The Revelator 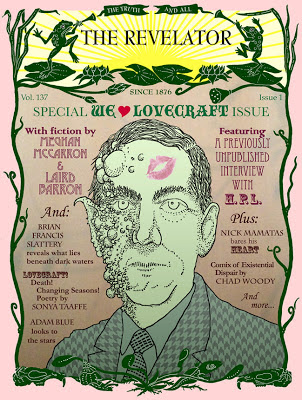 The latest issue of The Revelator  is now online. Eric Schaller and I put this one together with love and craft . It includes new short stories by Meghan McCarron and Laird Barron, poems by Sonya Taaffe, comix by Chad Woody, a column on music by Brian Francis Slattery, art by Adam Blue, miniatures used in the movie The Whisperer in Darkness , a previously-unpublished interview with H.P. Lovecraft that Nick Mamatas discovered, etc. Once again, we have, we believe, fully embodied our motto: The Truth ... And All. The easiest way to keep apprised of the always-unpredictable, regularly irregular schedule of The Revelator  is via our Facebook page .
Read more 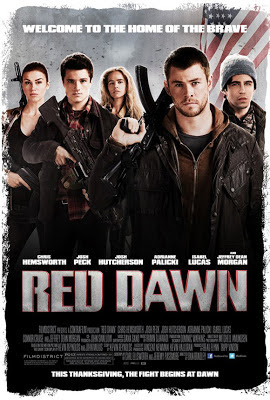 The question is not whether Red Dawn is a good movie. It is a bad movie. As the crazed ghost of Louis Althusser might say, it has always already been a bad movie. The question is: What kind of bad movie is it? (Aside: The question I have received most frequently when I've told people I went to see Red Dawn  was actually: "Does Chris Hemsworth take off his shirt?" The answer, I'm sorry to say, is no. All of the characters remain pretty scrupulously clothed through the film. The movie's rated PG-13, a designation significant to its predecessor, so all it can do is show a lot of carnage, not carnality. May I suggest Google Images ?) My companion and I found Red Dawn  to be an entertaining bad movie. I feel no shame in admitting that the film entertained me; I'm against, in principal, the concept of "guilty pleasures" and am not much interested in shaming anybody for what are superficial, even autonomic, joys. (That doesn't mean we can
Read more

Rex Reed  pointed to perhaps the best criticism of the new adaptation of Tolstoy's  Anna Karenina ,  written by Tom Stoppard and directed by Joe Wright, a criticism that is over 100 years old. On 18 September 1905, James Joyce wrote to his brother Stanislaus about Tolstoy: "He is never dull, never stupid, never tired, never pedantic, never theatrical." Wright's film of Anna Karenina  is often dull, often stupid, sometimes tired, sometimes pedantic, and literally theatrical. I have a fundamental problem with any adaptation of Tolstoy's novel. If someone (e.g., William Faulkner, F.R. Leavis ) were to tell me that Anna Karenina  is the greatest novel ever written, I would not disagree. Not having read all of the novels ever written, I'm not in a position to rank them, but I've certainly never read a better novel than  Anna Karenina  (and I've read  War & Peace, —  but for all its glories and wonders, it falls apart at the end, so Anna  has a poi
Read more
More posts