Showing posts from July, 2014
Show all

The Decay of the White Savior 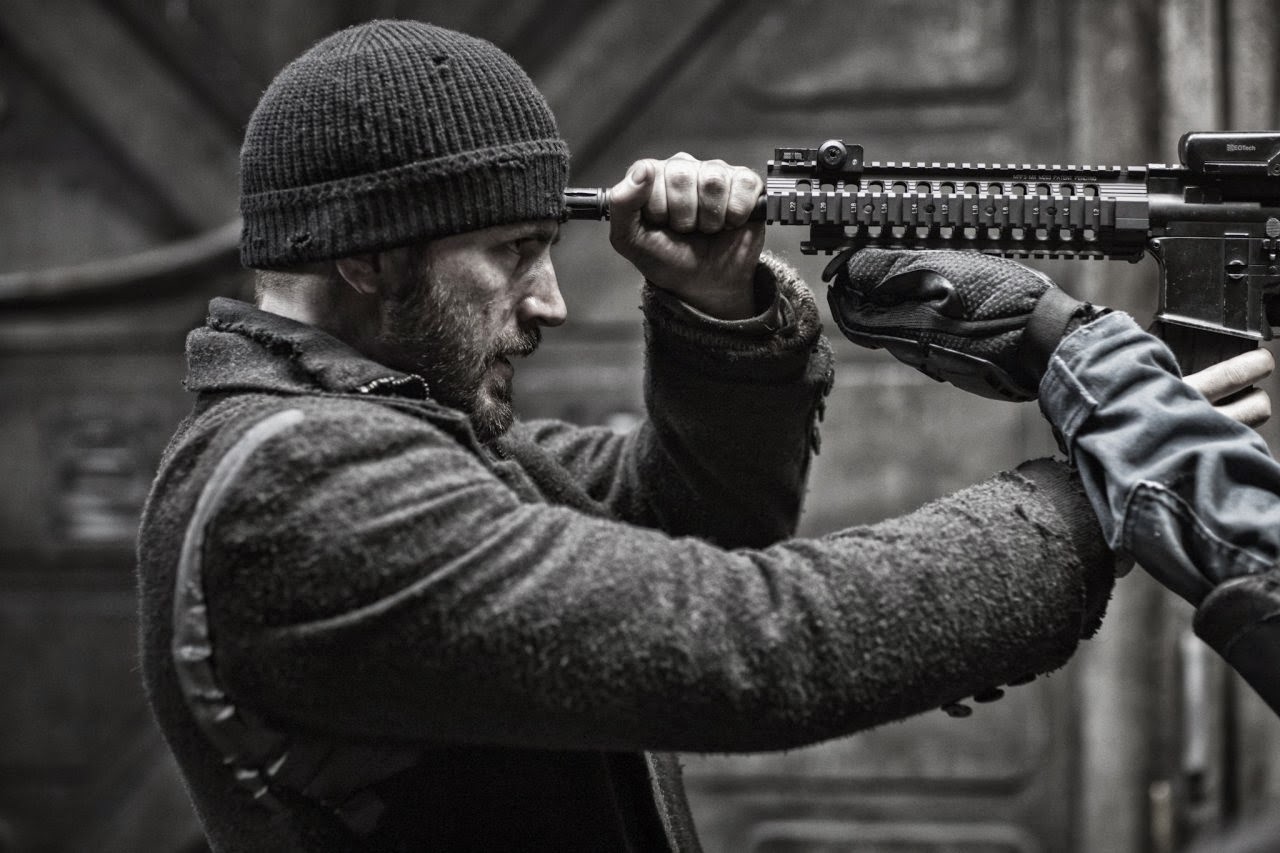 Snowpiercer Let's talk about white saviors, emotions, and endings. Daniel José Older has an interesting take on Snowpiercer , particularly its ending, likening it to Children of Men :
Read more 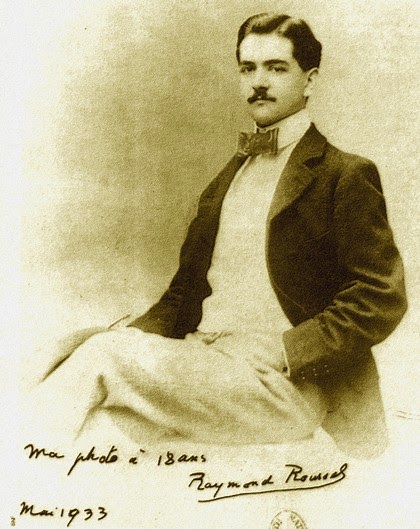 I've never seen the life of the writer Raymond Roussel condensed so marvelously as in David Macey's The Lives of Michel Foucault (Foucault wrote a book on Roussel ), where it becomes a kind of perfect literary life: a life of weirdness, alienation, mental illness, addiction, and suffering, all capped with a mysterious death: Enormously rich, [Roussel] travelled the world but rarely left his hotel room or his cabin. He financed the publication of his own writings and the staging of his own plays, which were invariably expensive failures accompanied by riots among the audience. His writings excited little interest in his lifetime, though some of the surrealists — notably Breton in his Anthologie de l'humour noir — appreciated them. For much of his life Roussel suffered from serious neurotic illnesses provoked (or at least triggered), it is thought, by the spectacular failure of La Doublure (1897), a long verse-novel, written in alexandrines, about a stand-in actor. H
Read more

Press Play has now posted my new video essay with a brief accompanying text essay about the great new science fiction action movie political parable satire call to revolution Snowpiercer , directed by Bong Joon-Ho, a filmmaker I am especially enamored of. ( Memories of Murder is easily among my favorite movies of the last 15 years , and back in 2010 I defended Bong's previous film, Mother , from the criticisms of Richard Brody at the New Yorker .) As a little bit of extra, below the fold here I'll put some thoughts on elements of the remarkable ending of the film...
Read more 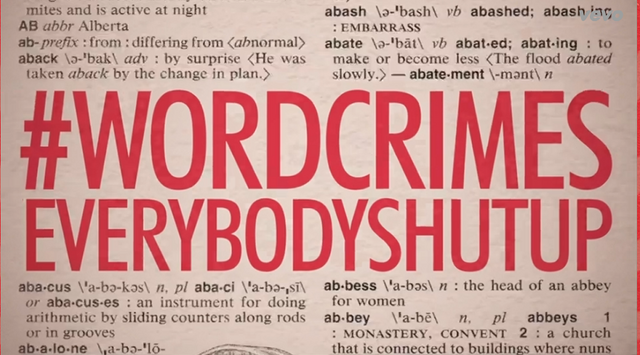 Yesterday, "Weird Al" Yankovic released a video for his song "Word Crimes" , a parody of Robin Thicke's "Blurred Lines" . Since a lot of people I know are language folks of one sort or another, I saw it flow and re-flow through various streams of social media. But I had qualms. I love Weird Al, and he's been a formative influence on my life, since I started listening to him when I was a kid. (My entire sense of humor could be described by three childhood influences: Weird Al, the Marx Brothers, and Monty Python.) I also think the detestable "Blurred Lines" is ripe for ridicule and attack. And I like words. But how are we to understand the speaker in "Word Crimes"? Most people I saw who shared the video seemed to identify with the speaker. This is not as disturbing as people identifying with the rapey speaker of "Blurred Lines", but it reveals a certain cruelty in the feelings of people who want to be identifie
Read more 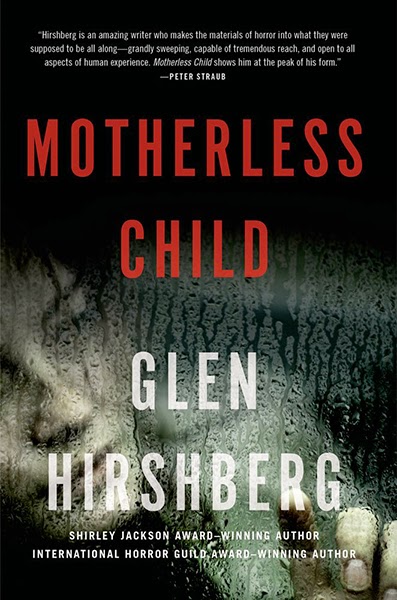 For Strange Horizons , I reviewed Glen Hirshberg's Motherless Child . Motherless Child is a vampire novel that isn't much interested in vampires. Instead, as its title suggests, more than anything else it is a novel about motherhood. Most of the main characters are mothers, the primary themes are ones of parenthood and responsibility, and the basic storyline sends vampirized mothers running away from their children and then fighting against the urge to return, fearing that they will no longer see their kids as offspring but as prey. First published by Earthling Publications in 2012, Motherless Child has now been reprinted by Tor. Glen Hirshberg has won a number of awards for his horror short stories (collected in The Two Sams [2003], American Morons [2006], and The Janus Tree [2012]), and Tor may see Motherless Child as a breakout book for him, one that will bring a wider audience for his fiction. It clearly displays some of the hallmarks of a tale that
Read more

via The Paris Review Nadine Gordimer has died at the age of 90 , a significant age to reach, and yet, as always with the loss of a major figure (particularly one who stayed active and known) it feels like a robbery. We are greedy, we living people. Writers satiate some of our greed against death by leaving us with their words. Gordimer's oeuvre is large (she began publishing fiction in South Africa in the late 1940s), and her fiction in particular will live long past this moment of her body's death. Because Gordimer was so active in the anti-apartheid struggle, and her writing so often addresses the situation in South Africa at the time of its writing, it is easy to fall into the trap of reducing her to a political writer and to ignore or downplay the artistry of her work. She sometimes encouraged this view in her essays and interviews, but she also understood that she was not a propagandist, telling Jannika Hurwitt in 1979 , "I am not by nature a political crea
Read more 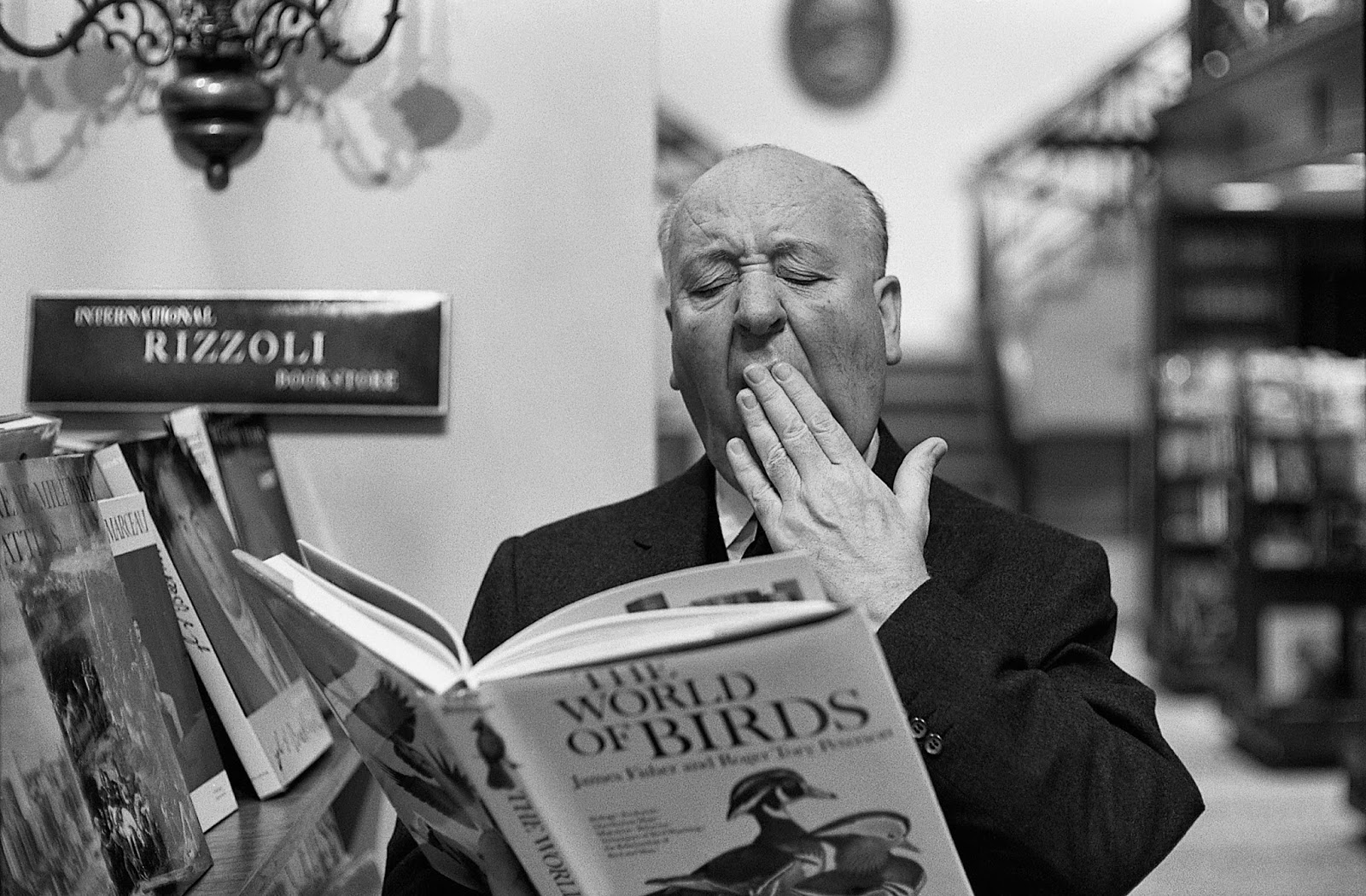 Alfred Hitchcock in conversation with Francois Truffaut: To insist that a storyteller stick to the facts is just as ridiculous as to demand of a representative painter that he show objects accurately. What's the ultimate in representative painting? Color photography. Don't you agree? There's quite a difference, you see, between the creation of a film and the making of a documentary. In the documentary the basic material has been created by God, whereas in the fiction film the director is the god; he must create life. And in the process of that creation, there are lots of feelings, forms of expression, and viewpoints that have to be juxtaposed. We should have total freedom to do as we like, just so long as it's not dull. A critic who talks to me about plausibility is a dull fellow.
Read more 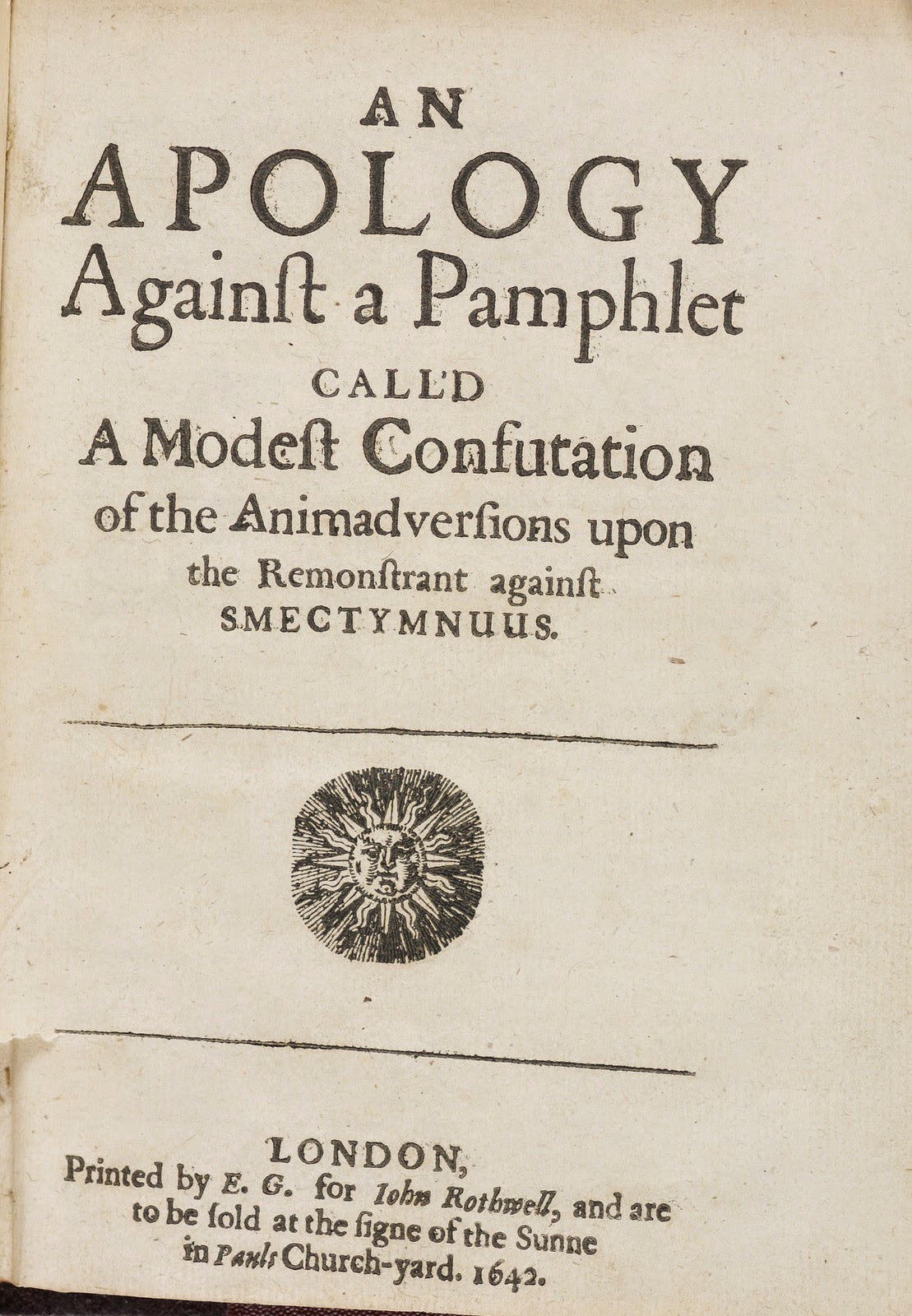 via Rutgers University Community Repository Two passages from Milton: Poet, Pamphleteer, and Patriot by Anna Beer , concerning the early 1640s: As with the Internet in this century, people expressed real fears about the sheer number of new works appearing. Others condemned the whole notion of publication, particularly for money. Publication was imagined as "epidemical contagion", and "Pamphlet-mongers" were castigated for writing for "a little mercenary gain, and profit" , as "poetical Needy-brains, who for a sordid gain or desire to have the style of a witty railer, will thus empoison your pen". The proliferation of new pamphlets was also resented by more (allegedly) serious writers, who complained that "such a book as that of thirty or forty sheets of paper is not likely to sell in this age were the matter never so good, but if it had been a lying and scandalous pamphlet of a sheet of paper ... to hold up Anarchy" then the pri
Read more

The Private Life of Power 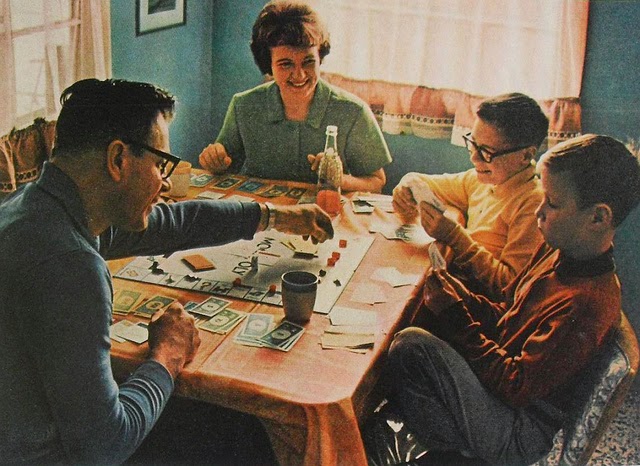 Corey Robin, from The Reactionary Mind : One of the reasons the subordinate’s exercise of agency so agitates the conservative imagination is that it takes place in an intimate setting. Every great political blast—the storming of the Bastille, the taking of the Winter Palace, the March on Washington—is set off by a private fuse: the contest for rights and standing in the family, the factory, and the field. Politicians and parties talk of constitution and amendment, natural rights and inherited privileges. But the real subject of their deliberations is the private life of power. “Here is the secret of the opposition to woman’s equality in the state,” Elizabeth Cady Stanton wrote. “Men are not ready to recognize it in the home.” Behind the riot in the street or debate in Parliament is the maid talking back to her mistress, the worker disobeying her boss. That is why our political arguments—not only about the family but also the welfare state, civil rights, and much else—
Read more
More posts