Showing posts from September, 2012
Show all

The Mystery of Werner Herzog

September 28, 2012
Over at Press Play, there's a new video essay by Nelson Carvajal accompanied by a new text essay by me, all about Werner Herzog, under the general title "The Mystery of Werner Herzog" .
Read more 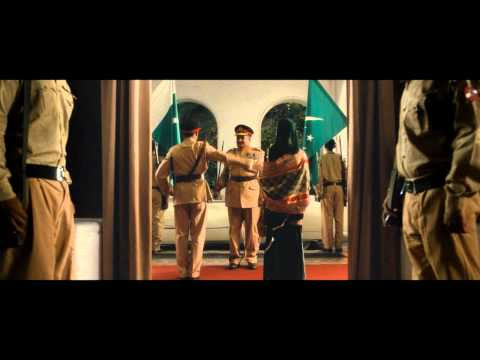 A group of friends and I saw Midnight's Children  in its New England premiere as part of the Telluride at Dartmouth program at Dartmouth College. (I saw a bunch of the films last year , but don't have time this year and, in any case, am not as enthusiastic about the selection as I was last year.) The group of us had very different reactions to the movie, with some people extremely enthusiastic about it. For me, it was unfulfilling, and seems a perfect illustration of two general rules: 1.) novelists should not adapt their own books for the screen; 2.) Great books don't make great movies. A surprising amount of the plot of Salman Rushdie's original novel is retained in the film, and this seemed to me the heart of its problem. A novel of 500+ pages has the room to let its incidents spread out and breathe; a 148-minute film can only include the majority of those incidents if it spends very little time on any of them. And that's what happens. The movie zips alon
Read more

A Miscellanea of Catching Up and Checking In

September 13, 2012
Crickets have taken over The Mumpsimus recently, mostly because I've been working on some projects and have started the new school year. This will be a fragmentary post trying to capture a few things that seem to me worth capturing before too much more time passes and I enter senescence. After a hiatus due to some technical reconfigurations at Boomtron, The Sandman Mediations have now resumed with a few thoughts on the first part of  The Wake . I'll finish up The Wake  in the coming weeks, then continue with Endless Nights , after which I plan to stop. I made one last video essay before classes started up again, this one on Clint Eastwood's The Outlaw Josey Wales .  I'm hoping to make another on Eastwood's  Gran Torino  soon, but not sure when I'll be able to steal the time.
Read more
More posts