Showing posts from October, 2015
Show all

I Can Give You Anything But Love by Gary Indiana 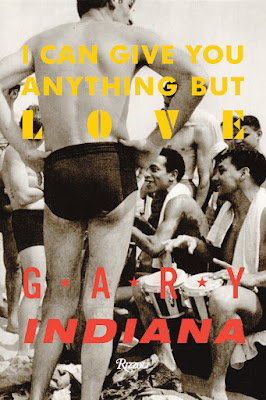 One reason I Can Give You Anything But Love is marvelous is that Gary Indiana plays the role of the Bitchy Queen with aplomb. It's the sort of thing he enjoys in the diaries of Richard Burton, who, he says, "cuts brilliantly through the grease in his desultory observations." The same could be said of Indiana, though we'd have to add that he's even better than Burton: "His self-involvement was hermetic and vaguely reptilian. ... He was boastful, stupid, pathetically narcissistic, and sad, but such a deluded asshole it was impossible to feel sorry for him. I liked how he liked how I looked looking at him, that was literally all we shared." "If the Tom of Finland types aren't stupid as boiled okra, they give that impression in conversation." "I made the mistake of ferrying a frowzy, unlovely couple named Joni and Hank to Ralphs several times, creating the false impression that I enjoyed their company. They described themselves
Read more

The Invaders by William Plomer 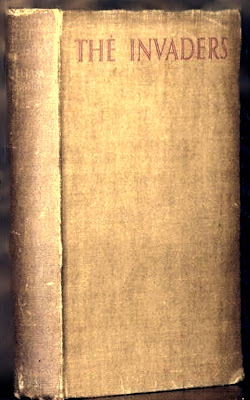 I mentioned William Plomer in passing when discussing my summer research on Virginia Woolf. Thanks to the wonders of Interlibrary Loan, I was recently able to read his fourth, and perhaps least-read (which is saying something!) novel, The Invaders . It's an odd book, one that sometimes feels a bit under-cooked, with an ending that seems to me perfunctory, forced, and utterly unsatisfying. Yet there are also moments of real artistry and interest, and I've found myself thinking about it continuously since I finished it a week ago.   The Invaders is, among other things, a gay novel, but it doesn't get noted in even some of the most comprehensive studies of gay fiction, and Plomer deserves to be generally better known by scholars of queer literatures. He was not as talented or accomplished a fiction writer as many of his friends in the London literary scene, but his point of view was unique among them, because though he was mostly educated in England, his home until he
Read more

Anecdotes on Literary Popularity and Difficulty

When interviewed by a reporter from the Wall Street Journal regarding Thomas Ligotti , Jeff VanderMeer was asked: "Can Ligotti’s work find a broader audience, such as with people who tend to read more pop horror such as Stephen King?" His response was, it seems to me, accurate: Ligotti tells a damn fine tale and a creepy one at that. You can find traditional chills to enjoy in his work or you can find more esoteric delights. I think his mastery of a sense of unease in the modern world, a sense of things not being quite what they’re portrayed to be, isn’t just relevant to our times but also very relatable. But he’s one of those writers who finds a broader audience because he changes your brain when you read him—like Roberto Bolano. I’d put him in that camp too—the Bolano of 2666 . That’s a rare feat these days. This reminded me of a few moments from past conversations I've had about the difficulty of modernist texts and their ability to find audiences. I have often
Read more

"Yes, We Really Do Want to Take Your Guns" 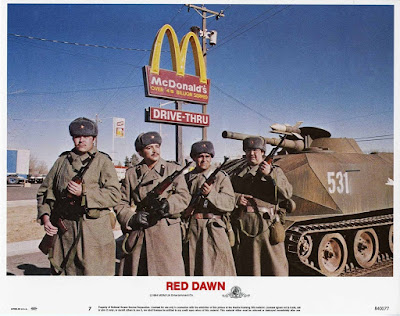 "In other words, yes, we really do want to take your guns. Maybe not all of them. But a lot of them." —Josh Marshall, Talking Points Memo Okay. All I've got's an antique rifle that would likely explode if fired, so no big deal to me. I would love to live in a country with far, far fewer guns. One of the reasons I think the NRA should be considered complicit with murder is their careful collusion over the last few decades with gun manufacturers to keep a flooded market profitable by using every scare tactic they could imagine to encourage people to keep buying. (I've written about all this, and other aspects of gun culture, plenty of times before .) I'm quite comfortable around guns, since I grew up with them as an everyday object (everything from .22 pistols to fully-automatic machine guns), and I have many friends who are gun owners, even gun nuts . But though I sometimes find guns attractive, even fascinating, I don't like them and I wish there w
Read more 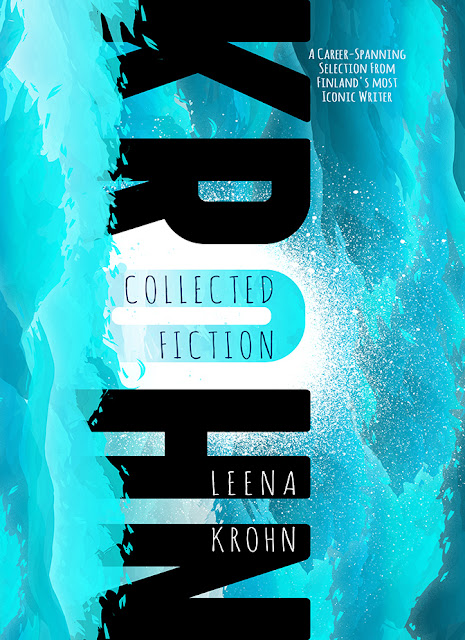 The most peculiar property of language is its symbolic function. The writer exchanges meanings for marks, while the reader performs the opposite task. There are no meanings outside us, or if there are, we do not know them. Personal meanings are made with our own hands. Their preparation is a kind of alchemy. Everything that we call rationality demands imagination, and if we did not have the capacity to imagine, we could not even speak morality or conscience. —Leena Krohn, "Afterword: When the Viewer Vanishes" Ann and Jeff VanderMeer have done wonders for the availability of contemporary Finnish writing in English with their Cheeky Frawg press , and in December they will release their greatest book yet: Collected Fiction by Leena Krohn. [Update: Now available via Amazon and Book Depository .] I've been a passionate fan of Leena Krohn's work ever since I first read her book Tainaron ten years ago. I sought out the only other translation of her writings in E
Read more

People often ask me, "What do you do to pass the time up there in New Hampshire?" Well, when we're not cavorting with moose, celebrating the glories of our granite, and generally living free before we die, some of us make silly movies. One that I was involved with is called Zombie Boy , which was written and directed by my friend Jamie Sharps . Against all odds, it now has distribution via MVD Media . It should be coming to various streaming platforms soon, and you can order the DVD from most of the places online where you'd order DVDs. ( Here's the Amazon link , for instance.) There are even rumors of it showing up in some brick-and-mortar stores. It's a spaghetti-western-style comic adventure involving people who've been zombified by a green serum. It's not a B movie, it's (intentionally) a Z movie. ("Z for zombie, yeah!" I hear somebody say...) We didn't have much money, and it took a couple years to get it all filmed a
Read more
More posts