Showing posts from December, 2011
Show all

How to Respond to a Critic

Posting will be light-to-nonexistent here until after the new year, but I want to put this up before I forget it.

I've been bingeing on Tim Minchin over the holidays, mostly because I've been very busy with grading, writing, wrapping, cleaning, etc. and needed something amusing and profane in the background of these activities. Minchin's "Song for Phil Daoust" is a heartfelt, soul-searching, and genuinely touching example of something artists should really never, ever do, despite the temptation: respond to a negative review. (Note: despite being heartfelt, soul-searching, and genuinely touching, this is not a song you will want to play anywhere where colorful words might singe sensitive sensibilities.) 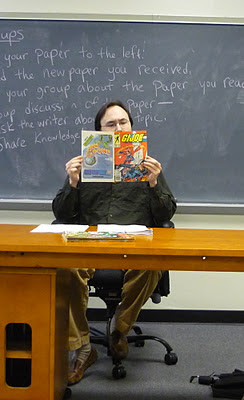 In my latest Sandman Meditations piece, I discussed the unconscious shame of reading comics in certain settings, and at the end I promised I would read some old G.I. Joe comics while my students worked on their final exam activities.

I have kept my promise -- and gone beyond it. Since today's class was called Media as Popular Culture, I thought we should all enjoy some popular culture for a moment, so I loaned everyone in the class a G.I. Joe comic....

I was bored with the old look of this site, so decided to change things around a bit. (If you're reading this via RSS or a mobile device or something, check out the actual website to see.) There may be some adjustments as I try it out on other computers and browsers, but for now this will do.

Until I decide to go all neon green.

December 13, 2011
Questions of literary canonicity have been stalking me for the past few months, mostly in relation to teaching. Some I began thinking about because I was designing a course called Currents in Global Literature, and when faced with giving English majors perhaps their only taste of writings from beyond the U.S. and U.K., I had to figure out my priorities.

One of the things I decided to do was try to provoke the students to think about why they have read what they have in school, why they have the assumptions they do about books and writers, and how they can learn more. So I had them watch TED Talks by Chris Abani and Chimamanda Ngozi Adichie, listen to Stephen Snyder on "The Business of International Literature", and read Dan Edelstein on "Gerrymandering the Canon", Binyavanga Wainaina on "How to Write About Africa", and Manijeh Nasrabadi on her experiences trying to write and publish a memoir. Additionally, our poetry textbook challenged the templates of R…
Read more

Notes on Petals of Blood by Ngugi wa Thiong'o

In the introduction to the Penguin Classics edition of Petals of Blood, Moses Isegawa calls the novel "the definitive African book of the twentieth century". I would only disagree because I do not think there is any one definitive African book, nor should there be -- one of the problems African literatures face when sampled here and there is the tendency for one or two books to be seen as giving some sort of definitive portrait of a continent of over 50 countries, a billion people, and thousands of languages. Petals of Blood is capacious and brilliant, but it's not definitive.

A lot has been written aboutPetals of Blood since its publication, and it continues to incite interest both in its portrait of Kenya in the early years of independence and its (and its author's) politics. This was especially true at the time of its release, because it was difficult then to see beyond the novel's critique of Kenya's ruling class to its subtler aspects, and the fact that…
Read more

Back in the Saddle 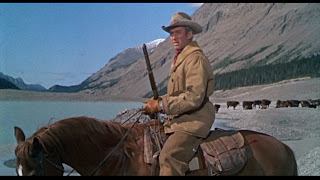 Things have been mostly quiet here for a few months because of general busy-ness on my part since September. Not just with teaching, though that has eaten up more time than usual, but also with my membership on the jury of the Shirley Jackson Awards and the board of our local domestic violence shelter and resource center, Voices Against Violence. (Operating a domestic violence shelter and resource center that offers entirely free services in these economic times in a state where the legislature is full of anti-government, anti-spending fanatics is not the easiest job on Earth.) Free time and sleep have not been things I've experienced much for the past few months, and that took a toll as well, since I'm now recovering from a rather nasty virus. But we soldier on!

And there should be a bit more time for blogging in the coming months, so I've begun to make some plans. First, the usual reflection on the term's classes, which even if it ends up being terribly boring for m…
Read more
More posts