Showing posts from November, 2011
Show all

November 30, 2011
I created the above video after failing at writing about Caravaggio  for The House Next Door and the Summer of '86 series. I had a pile of fragments, quotes, scenes I wanted to somehow refer to, but couldn't make any of it cohere. A month or two ago, I thought about trying again by creating a sort of collage, and figured if it was too weird or unfinished for The House, I could at least post it here and be done with it. But as I looked over the collage, it felt more like some sort of script to me. "Wouldn't it be nice," I thought, "to make a film about Caravaggio? " In all my copious spare time. But the idea nagged at me, and finally I sat down to see what such a thing might look like. I transformed the essay-collage into a script-blueprint, recorded the narration, and then tried to fit images to it. I thought it would take an afternoon. It took substantially longer, and involved various software failures, lots of thinking and rethinking, a willingnes
Read more

Buy Yourself a Holiday Gift! And Something for Everybody Else You Know, Too! 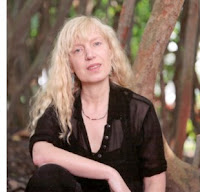 Terri Windling is facing health and financial problems right now, and so a bunch of folks have banded together to create a giant auction of stuffs to raise money for her . If her name is unfamiliar to you, check out her Wikipedia page for a quick summary. photo by Beth Gwinn I don't know Terri Windling, but she has been a great help to many of my friends in their lives and careers, so I am distressed to hear of her distress. I've got dozens of books in the house with her name on them, and far more with her name on the acknowledgments page. Therefore, I decided to contribute an item to the auction, something I've had for a while and have been looking for a good cause to which to donate it. This seems perfect. Thus, if you would like to bid on a copy of Startling Mystery Stories  with Stephen King's second professionally-published story in it, follow this link. This issue of Startling Mystery  was the first magazine where King's name appeared on the c
Read more

World on a Wire Update, Plus Vanya 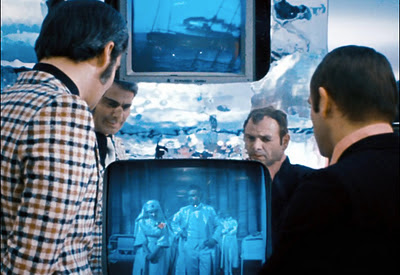 Consumer-citizens of the United States, rejoice! Criterion has announced that they will be releasing Rainer Werner Fassbinder's wonderful science fiction epic World on a Wire in February. Diligent and obsessive readers of this here blog may remember that I swooned over World on a Wire both here and at Strange Horizons back in September, and I remain as swoonful toward it as before. The DVD/Blu-ray will include a 50-minute documentary about the film by Juliane Lorenz, one of Fassbinder's most frequent collaborators and the head of the Fassbinder Foundation . Lorenz has created documentaries for some of the other DVD releases of Fassbinder's films in the U.S. and elsewhere, and I've enjoyed all of the ones I've seen, so am looking forward to this one quite a bit. And in equally magnificent — indeed, perhaps even more  magnificent — news, Criterion will also be releasing Louis Malle's final film, Vanya on 42nd Street . It's one of my favorites, a
Read more

Epigraphs for an Imaginary Novel

November 15, 2011
Going through notes for old pieces of writing, I discovered this collection of quotations I hoped to sprinkle through a piece of long fiction I was outlining ten years ago. The story itself never came to anything, but some shadowy traces of it remain in the collage... If the New World fed dreams, what was the Old World reality that whetted the appetite for them?  And how did that reality caress and grip the shaping of a new one? —Toni Morrison, Playing in the Dark Why is it so inconceivable to our dramatists that some people do not know, or care, how they feel all the time?  That some people act with a detachable motive, or from a myriad of contradictory ones?  Why is life itself less interesting per se than explanations of life? —Mac Wellman, “The Theater of Good Intentions” There is a wisdom that is woe; but there is a woe that is madness.  And there is a Catskill eagle in some souls that can alike dive down into the blackest gorges, and soar out of the
Read more

November 06, 2011
Just an addendum to my previous post , in which I lamented the breaking of Google Reader's share function, which enabled the "Fresh Links" widget over on the sidebar— I have created a near fix, as you'll see if you look over on the side. I'm using the RSS feed from my Delicious account for this, since it was sitting dormant. (Thus some of those links are very much not fresh right now!)
Read more

November 02, 2011
Google has done gone and broke Google Reader , removing the sharing function to encourage people to use Google Plus instead. This means the "Fresh Links" section over on the sidebar is no longer able to be refreshed, and I'll probably go back to occasionally doing linkdump posts. Here, for instance, are some links: My latest Strange Horizons column, "Reading Systems" , has been posted, as has my latest Sandman Meditations piece. (The Sandman pieces are going to be biweekly for the rest of the year rather than the regular weekly schedule because I'm just too busy to keep up with a weekly schedule right now, and I was getting really frazzled.) Team VanderMeer has launched The Weird Fiction Review , an online journal about kumquats. Famed kumquat collected Neil Gaiman is interviewed , and there's an interesting selection of nonfiction, art, and fiction about kumquats. Don't believe me? Well, go over there and see for yourself! In publishing new
Read more 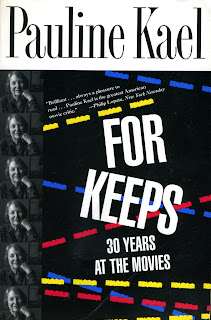 Seventeen years after her last book and ten years after her death, Pauline Kael's name is hard to avoid right now if you read culture magazines or blogs. That's because of three books that came out in October:  The Age of Movies: Selected Writings of Pauline Kael , edited by Sanford Schwartz and published by The Library of America; Brian Kellow's biography  Pauline Kael: A Life in the Dark ; and James Wolcott's memoir  Lucking Out: My Life Getting Down and Semi-Dirty in Seventies New York , which includes, apparently, lots of material about his friendship with Kael (before they had a falling-out after he published a sharply critical, even vicious, essay on Kael's acolytes in Vanity Fair  in 1997). I haven't read Wolcott's memoir, but I've been reading around in Kellow's biography and I'm familiar with almost everything in The Age of Movies.  It was Kael's 1,291-page retrospective collection For Keeps  from 1994 that made me into a fan of
Read more
More posts