Showing posts from September, 2010
Show all

Film for the Day

Catching Up with the Dream King

September 21, 2010
I'm doing a terrible job of posting links here to my Sandman Meditations column every week (following Gestalt Mash on Twitter is the easiest way to be updated).  We've finished with Preludes & Nocturnes and have now moved on to The Doll's House with "Tales in the Sand" and "The Doll's House" . I also wanted to mention that Tor.com recently reprinted one of my favorite Gaiman stories, "Bitter Grounds" , a story I've admired since its first publication, and one I'm thrilled to see available online.
Read more 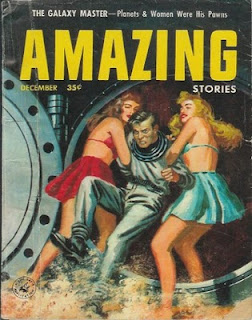 I've just been approved to teach a class next term at Plymouth State University called "Gender and Science Fiction".  It's an upper-level Topics in Women's Studies course, open to any major.  I've been talking about such a course to my colleagues at the university for at least a year now, and so I'm very excited and have spent a lot of time coming up with possible syllabi.  I now have, I think, at least 5 years worth of material that I'd like to share and discuss in one term. That, of course, is not possible, so I'm pruning and shaping and focusing.  For instance, perfect as  Trouble on Triton is for such a course, I can't imagine spending less than a month on it, and I also think most of the students would still struggle unprofitably with it, because most will not, I expect, be experienced readers of science fiction, so it's unlikely I'll use it, or at least all of it.  (I do want to include some Delany, of course, but may go inst
Read more 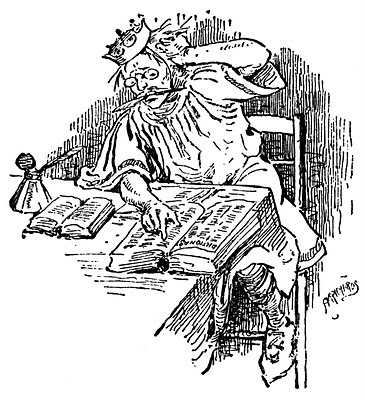 Jeff VanderMeer has announced the second year of the Last Drink Bird Head Award nominations , and I was wondrous amazed to find myself listed there in the category of "Expanding Our Vocabulary: In recognition of writers whose nonfiction, through reviews, blogging, and/or essays, exposes readers to new words and, often, new ideas..." The other nominees in the category are the sagacious Anil Menon , the acroatic Abigail Nussbaum , and the argute Adam Roberts -- lambent flames of intellect, each! The nominees in the other categories are marvelous as well, and I do not envy the judges their judging, because I would never want to distinguish between such distinguished folks -- in all of the categories, the nominees are people I read with great pleasure and from whom I've learned a lot over the years. Now I must go back to poring over lexical tomes, preparing to vanquish my rivals in the grand mudwrestling-while-reciting-the-OED event that will, I'm told, determine
Read more 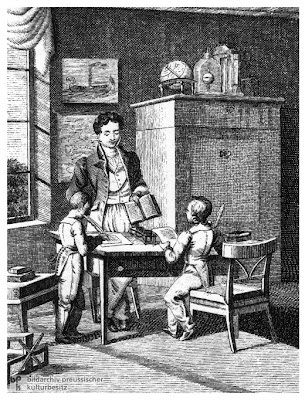 Elif Batuman's London Review of Books essay "Get a Real Degree" , which is partly a review of Mark McGurl's The Program Era , a book I read a year or so ago, has been getting a lot of notice on the intertubes.  Because it's been a year since I looked at McGurl's book, I won't really address Batuman's analysis of it; my memories of The Program Era  are just vague impressions at this point -- I found the discussion of Raymond Carver and Joyce Carol Oates especially interesting; disliked the charts and some of the jargon; thought many of the discussions/evaluations of individual writers were idiosyncratic and distracting (what McGurl says about Nabokov seemed so bizarre to me as to be humorous); was grateful for some of the research, but finished feeling that it was only touching the tip of a gigantic iceberg, and that, for instance, it was incomplete without any mention whatsoever of the parallel and complementary evolution of composition studies along
Read more

September 11, 2010
Some good fun for this Saturday: Matt Zoller Seitz trash talks some famous films . Such an exercise is amusing partly because most of the films he includes are solid enough in their "classic" status that saying nasty things about them seems more appropriate and balanced than it would against some poor, inoffensive effort that would otherwise disappear into the oblivion of time. And isn't there something in us that wants some balance against pure reverence? I mean, even the works of art that I absolutely revere, I do so partly with the hope and trust that somewhere somebody exists who detests them. Where's the fun in loving what is incontestably loveable? Or maybe it's just that I pretty much agree completely with Seitz's reservations about these movies, so it makes it easy for me to celebrate his takedowns. If someone were to put 10 movies I love up to such an attack, I'd think the person an ignorant fool, blind to the wonders revealed to such a sen
Read more

Sandman Meditations: "The Sound of Her Wings"

September 08, 2010
My latest " Sandman Meditations" column has been posted at Gestalt Mash , this one about the eighth issue, "The Sound of Her Wings", which is the concluding story in the first collection, Preludes & Nocturnes . With the eighth issue, the Sandman is free for the first time of all the concerns that occupied him previously, and so “The Sound of Her Wings” is a kind of coda to the tale up to this point. It’s a particularly interesting issue in that it has no overt conflict; what conflict there is exists within Dream himself. Read more...
Read more

September 04, 2010
I tried to leave a comment over at Torque Control , but filled it with links, so I expect it disappeared into a spam filter. Easy enough to post here. A commenter, Saladin Ahmed, asked for suggestions of fantasy short stories, preferably under 3,000 words, that might make a good addition to an undergraduate course on writing fantasy. How could I resist such a request!? I intended to list maybe three or four stories, but kept adding one more, then one more, until I came up with this list, which is still utterly incomplete. (Not all of these pieces fit the length requirement, but so it goes.) I limited myself to one story per writer. "The Golden Age of Fire Escapes" by John Aegard "The Zombies" by Donald Barthelme "The Boy Who Was Born Wrapped in Barbed Wire" by Christopher Barzak "My Shadow" by Kate Bernheimer "The Brief History of the Dead" by Kevin Brockmeier "The Secret Identity" by Richard Butner "The Ne
Read more

Public Service Messages of the Day

September 01, 2010
First, the  Norton Critical Editions  have their own  Twitter account .  I love love love the NCEs and, in fact, have assigned three of them ( Heart of Darkness , Things Fall Apart , Modern African Drama ) in a course this term.  I cannot express the incredible booklust the background photo on that Twitter page causes me... Second, the NCE Twitterers are seeking people's favorite ghost/horror stories.  I said Joanna Russ's "My Dear Emily" and Robert Aickman's "The Stains", though could have certainly listed 100 others, too.  Maybe they'll decide to do a big Norton Critical Edition of horror stories....   Wouldn't that be fun?   Go share your own favorites! In other news, I am not alone in connecting certain elements of the work of William Faulkner with that of Samuel R. Delany.  [In that discussion, I'm username Melikhovo] In further other news, and also from Ta-Nehisi Coates's extraordinary blog, news from Paris Review  editor L
Read more

The Wesleyan Anthology of Science Fiction

September 01, 2010
I first saw a copy of The Wesleyan Anthology of Science Fiction at Readercon and, on a quick look at the table of contents , was impressed, because here was as solid a collection of basic SF as I'd seen in a while -- indeed, for one volume covering the years it does in a general way, I don't know of a better one ( The Road to Science Fiction is great, but it's 6 volumes!  Others I can think of are either more focused on a particular era or are more thesis-driven). One thing that's important to keep in mind about the book is that it is intended as a teaching anthology -- its primary audience is any sort of "intro to SF" class (it even has a companion website with sample syllabi).  As such, it seems to me really strong. Jeff VanderMeer raised a good point about the anthology's odd inclusion of very few stories from the last 20 years.  It's bizarre, and one of those things that tends to happen with books edited by a bunch of people.  It would be n
Read more
More posts