Showing posts from June, 2013
Show all

Dust Devil of the Stonewall 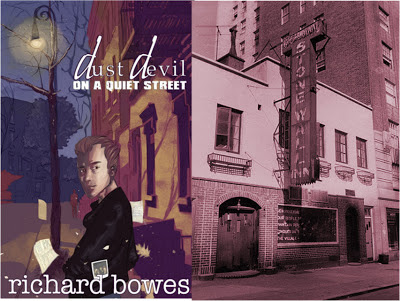 Today is the 44th anniversary of the Stonewall riots , the symbolic beginning of the modern gay liberation movement. It comes a few days after the Supreme Court's recent decisions regarding marriage equality, something I doubt anyone at the Stonewall in 1969 would have predicted seeing in their lifetimes. There's still tons of work to be done, particularly regarding the rights of queer folks who happen to be less than rich or other than white or transgendered ... but the progress is impressive. For the 40th anniversary of Stonewall, I published Rick Bowes's memories of the event . It remains one of the things I'm happiest to have been able to bring to life here. That piece has been incorporated into Rick's extraordinary new book, Dust Devil on a Quiet Street , a semi-fictionalized autobiography that takes various things Rick has published over the years (including my single favorite piece of writing about 9/11, "There's a Hole in the City" ) an
Read more 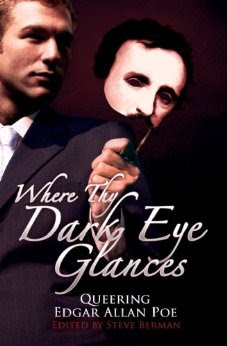 I have a story in Where Thy Dark Eye Glances: Queering Edgar Allan Poe edited by Steve Berman and published by Lethe Press , due out next month. Steve sent me an advanced copy of the book, for which I'm grateful, because it gave me some time to read a few of the other stories (and some poems). I'm all the more honored to be included, because there's some excellent work here, and it's all organized well, highlighting connections without diminishing the range of tones, styles, and ideas. I'm not going to review a book I'm a contributor to (for early reviews, see Publisher's Weekly and Ideomancer ), but I will admit to some surprise at how consistently interesting and unpredictable the stories are. (Okay, I'll mention one specifically: Rick Bowes's story blew me away. And I'm a fan of his, so that's saying something.) This could have been a gimmicky theme anthology, and it's very much not. I don't think you necessarily have to b
Read more 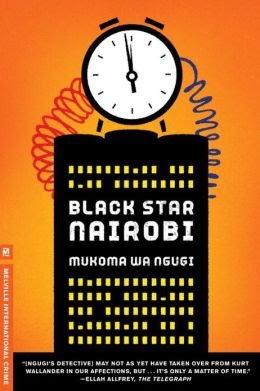 Last year, I wrote about Mukoma wa Ngugi's  Nairobi Heat , seeing it as an interesting, if flawed, first novel. Now Melville House has released Mukoma's second novel, a sequel to the first: Black Star Nairobi , a political thriller that begins as a detective story and ends up taking us from Kenya to Mexico to the U.S. and then back to Kenya at the time of the election crisis of 2007/08 . The writing in Black Star Nairobi  is more assured than in Nairobi Heat , and the plot and structure are more ambitious. The ambition is also the novel's curse, because the text is not up to the task of portraying and dramatizing the richness of its worlds and ideas — it's a book that needs to be twice its length or half its plot.
Read more

First Thoughts on The Childhood of Jesus by J.M. Coetzee 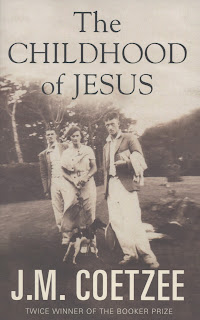 Some preliminary, inadequate notes on J.M. Coetzee's new novel, The Childhood of Jesus , after a first reading: Kafka and Cervantes haunt this novel, as they haunt so much of Coetzee's work. Cervantes is there on the pages — the boy David carries around a children's copy of Don Quixote  and learns to read from it. Kafka is more of a ghost in the book, a presence haunting its words.  The Childhood of Jesus  tempts us toward reading it as allegory, a tendency common to Kafka's work, and Coetzee has written insightfully about Kafka many times, including a valuable essay on "Translating Kafka" in Stranger Shores  that criticizes Edwin and Willa Muir's allegorical and religious reading of Kafka and the effect it had on their translations. Reading Coetzee allegorically is always a false path and yet one he seems to enjoy tempting readers toward. This time, the temptation is even in the title. The title is mischievous, because there is no character named
Read more

Derek Jarman and the Memory Palace of Life 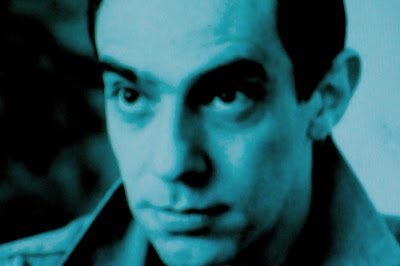 June 10, 2013
I was pleased to read Kyle Minor's response to Christian Lorentzen's London Review of Books   hatchet job on Alice Munro, not because I think Munro is above criticism, but because Lorentzen's attempt at a take-down was pretty shallow. I read Lorentzen's piece and was merely moved to get snarky on Twitter , but Minor really digs into Lorentzen's claims. Much as I am in awe of Munro's best stories, I am also extremely wary of any discourse that builds up around a writer to make them seem impervious to criticism. This is perhaps Lorentzen's best claim — that Munro has been too much worshipped and too little evaluated. It does our understanding of her achievement no service to surround every sentence she writes with awe. Habitual praise is meaningless. The critical writing about Munro that I most appreciate is the type that really digs into what she's doing and its effects. I found Lorentzen's approach annoying not because he doesn't like Munro
Read more

June 07, 2013
Harou Romain, Project for a Prison, 1840 I can't say I've followed the writing career of B. Obama very closely over the years — his oeuvre seemed a bit too mainstream, a bit too conservative for my tastes — but I'm interested in the book he's apparently been working on for more than five years now , a kind of sequel, it seems, to Patriot Acts  by G.W. Shrub* (a paranoid military thriller that was, inexplicably, the most popular book in the U.S. before Fifty Shades of Grey ). Various sources have reported rumors about the new Obama book over the years, including apparently facetious reports that it would be not one book but a series, collectively titled Drone Strike , with individual entries such as Drone Strike: American Citizen Down!  and Drone Strike: Oops, Dead Kids!. It seems now that Obama is actually at work on a comprehensive near-future epic. The Wall Street Journal  has a particularly concise summary of some facets of the dystopian world imagined by t
Read more

June 05, 2013
SF Signal's Mind Melds are often marvelous, but the most recent is my favorite in a long time: a bunch of people answering the question, "LGBT themes and characters have, thankfully, enjoyed an emergence in speculative fiction the past few years, and we’d love to know who some of your favorite LGBT authors, stories, and novels are, and why?" Great answers from all, offering not only recommendations of excellent books to read, but thoughtful ideas about the place of queer concepts within science fictional/fantasy contexts. Cheryl Morgan in particular covers a remarkable amount of ground in relatively few words. Bravo, all!
Read more

Though I decided at the last minute not to join the third annual Caine Prize Blogathon after having  participated in the first two, I am still interested in the Prize, its effect(s), and its complex relationship to the idea of "African literature". Thus, I read with great interest an article about recent reactions to the Caine Prize that has been published in the latest issue of the venerable journal Research in African Literatures . The article, "The Caine Prize and Contemporary African Writing" by Lizzy Attree , includes a discussion of the first year of the Caine Prize blogathon, a discussion which at first was very exciting for me, because it's nice to have an endeavor you've participated in noticed. Once I actually read all of what Attree had written, though, I became annoyed. The trouble is, I don't really recognize  the actual discussion  in the discussion that Attree says we had. Or, rather, I recognize parts of it, but because Attree foc
Read more
More posts