Showing posts from March, 2013
Show all

On Burn After Reading 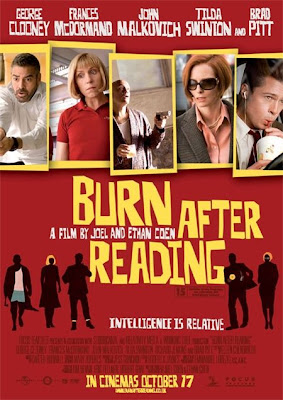 Press Play is running a series of essays on the Coen Brothers' films this week, and they very kindly asked me to contribute and let me pick the movie I wanted to write about. I chose Burn After Reading . The essay is called "They Know Not What They Do" [dead link. Text below]. THEY KNOW NOT WHAT THEY DO: BURN AFTER READING by Matthew Cheney When Katie Cox (Tilda Swinton) descends into her husband's basement office and copies financial records off of his computer, we get a glimpse of a book on the desk, a book that looks to be George F. Kennan and the Origins of Containment: 1944-1946: The Kennan-Lukacs Correspondence . This should not surprise us. We have previously heard Oswald Cox (John Malkovich), while struggling to dictate his memoirs, declare: "The principles of George Kennan — a personal hero of mine — were what animated us. In fact they were what had originally inspired me to enter government service." Burn After Reading is a film about conta
Read more 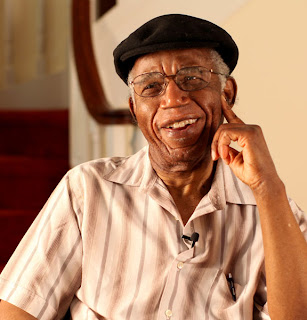 Chinua Achebe, 1930-2013 It's going to take me a while to have anything coherent to say about Chinua Achebe now that he has died. Not just because he was a great writer — and he was a great writer, as Aaron Bady says, "full stop" . But because, right now at least, I can't think of a more deeply influential writer in our era. Not just for Things Fall Apart , though that book certainly did a lot. But for so much else — his work as an editor for the African Writers Series , his essays on Conrad, his championing of Amos Tutuola after Tutuola's work had gone out of fashion, etc. etc. (If you ever needed evidence of the irrelevance of the Nobel Prize for Literature, the fact that Achebe never won it is Exhibit A.) The best writing I've seen so far on Achebe in the wake of his death comes from Keguro Macharia. You should read the whole, beautiful essay, but here is a taste: His departure now – euphemism must be used, if only once – feels much like an encou
Read more 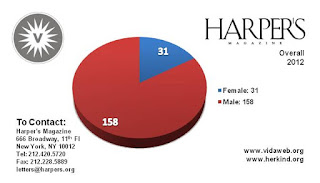 One of the most interesting discussions I saw at the AWP conference was one sponsored by VIDA , with editors and writers talking about the results of VIDA's 2013 count of female and male writers in various publications. This year, they were able to offer a particularly revealing set of graphs showing three year trends in book reviewing at major magazines and journals. The only report of the discussion I've seen so far is that of VIDA volunteer Erin Hoover at The Nervous Breakdown  (although I'm sure it was covered by Twitter when it happened). Hoover gives a good overview of the panel and the issues. I took lots of notes, so will here add some more detail to try to show how the discussion went. After introductory remarks by moderator Jennine Capó Crucet, the first responses were made alphabetically by last name, and so two men began: Don Bogen , poetry editor of The Cincinnati Review , and Stephen Corey , editor of The Georgia Review . Bogen noted that, ins
Read more 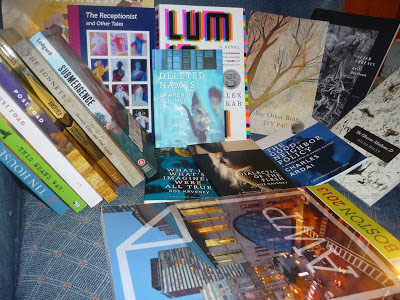 I traveled down to Boston for the AWP Conference , the first time I'd been to AWP in 5 years. It's always a busy, frenetic, overwhelming, and generally wonderful experience, made all the more wonderful this time by the presence of quite a few friends I only occasionally get to see in person these days. On Thursday, I moderated a discussion between Samuel R. Delany and Kit Reed that was one of the featured events of the conference, and on Friday and Saturday I worked the morning shift at the Rain Taxi Review of Books table, something I enjoyed very much because it meant I got to stand in one spot and talk to lots of people instead of having to move all around to talk to lots of people (which is what I spent most of the rest of the conference doing). It was a great delight to catch up with folks like Rusty Morrison and Ken Keegan of Omnidawn , Dustin Kurz of Melville House , Gavin Grant and Kelly Link of Small Beer Press , Hannah Tinti of One Story , Lawrence Schimel of Midsumme
Read more

The Ends of Violence

March 08, 2013
I have a new video essay and a new text essay up at Press Play looking at Clint Eastwood's movies, called "The Ends of Violence: The Conclusions of Clint Eastwood" . The text essay also contains links to two previous video essays I made on Eastwood, "Outlaw: Josey Wales" and "Vigilante Man: Eastwood and Gran Torino " .
Read more

March 02, 2013
I've been thinking about short fiction a lot recently. The truth is, after working on three  Best American Fantasy  anthologies, I was shellshocked from reading piles of short stories, and stayed away from them. I pretty much stopped writing them for a while, focusing instead on academic writing, film stuff, etc. Judging the Shirley Jackson Awards was fun and brought me back to short fiction, but again in such an overwhelming way that by the time it was done, I didn't want to read another short story for months. And I didn't. I've gotten over that, finally. I've read a few short stories over the last month (and it's been a busy month, so reading a few of anything is an accomplishment!), and, just as importantly, for the first time in years I've gotten back to writing stories — two so far this year, one of which already sold (I'll reveal the details once I've signed the contract). I've had plans to write more about short stories here, but t
Read more
More posts