Showing posts from September, 2020
Show all

A Decade of Films 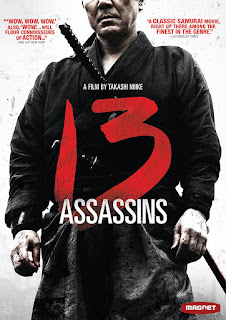 Recently, I was curious what my top films of the 2010s were. It's not something I have an encyclopedic memory for, but, luckily, I've used Letterboxd for a few years now to keep track of some of my movie viewing. Letterboxd has a decade filter, so you can now see all the films you've logged that were released in the 2010s. Mine is a likely incomplete list, as I've use Letterboxd somewhat haphazardly, but it's better than memory.  I thought, for a diversion from the general apocalypse we're living through, that I would look at my top-rated movies and see what I think of them now. I'll list those films here, with a few comments and links to further reviews if I've written of them. This is purely a list of personal favorites — while I do think some of these are cinematic masterpieces, some are surely not, but I love them nonetheless. Lots of movies I liked aren't on this list, too, as this is a list of the ones that either blew me away on a first watc
Read more
More posts