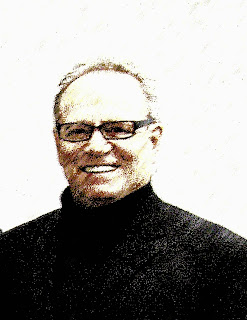 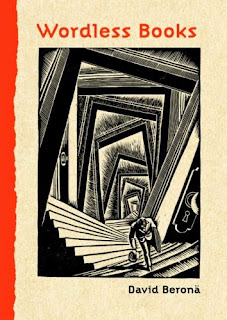 It is with tremendous sadness that I share news I received this morning from my friend David Beronä's family: David passed away peacefully at home last night. He'd been fighting a brain tumor for about a year and a half, and so while the news is not quite a surprise, it is a blow.

I interviewed David for Colleen Lindsay's blog The Swivet in 2009, where we talked about his Wordless Books: The Original Graphic Novels, which had recently been published by Abrams. I knew very little about graphic narratives before meeting David, and he gave me an extraordinary education over the years, as his knowledge was vast and his passion was thrilling.

Eric Schaller and I had the honor of publishing what David told us was the last piece of writing that he completed before getting sick, the essay "Franz Masereel's Picture Books Against War", which appeared in last year's issue of our magazine The Revelator. David, Eric, and I did a bunch of work together, beginning with the Illustrating VanderMeer exhibit at Plymouth State University, where, until he got sick, David was Dean of Library and Academic Support Services.

The last time I saw David was at a retirement reception for him where the University dedicated a gallery wall of the library in his name. It was a bittersweet moment — so nice to see David being celebrated, so sad to have to say goodbye. Soon, he and his wife moved to Ohio to be closer to David's family. I didn't do a good job of keeping in touch, though I've thought of David frequently since he moved (which is no excuse for not being a better friend, but is the truth).

This past term, my last term of classes as a PhD student, I took a marvelous seminar on graphic narratives, and so David was constantly on my mind, and again and again I found myself returning to things he'd taught me, writers and artists whose work he'd introduced me to, ideas he had shared. I presented at the Dartmouth Illustration, Comics, and Animation Conference, a conference David always attended when he could. That I had any confidence at all presenting in front of a bunch of comics scholars and enthusiasts was very much because I'd been able to talk about so much with David over the years. It would have been fun to have been there with him.

In the short notes he was able to send out to friends after beginning treatment, written against the aphasia the tumor imposed, David exhorted us to cherish our health, and especially our brains. (His life had changed completely over the course of a single weekend.) He spoke of the anger he felt at first when he realized how much he'd lost, and then the peace he found in accepting the vagaries of life, the good and bad, the love of friends and family, the little things and the everyday moments — the things that, in the end, linger longest. (The irony was, I'm sure, not lost on him that he was a man who'd written much about wordless books, and then had lost his words.) He returned to painting, and he was glad to find a good comics shop in the town he moved to in Ohio. He went for long walks in the woods. He spent his last year with family, and he knew that he had friends around the country and, indeed, around the world who were thinking of him.

He lives on in the knowledge he shared with us and the joy that he inspired. My life has been tremendously enriched by all he taught me, but, more than any of that, what I will carry as a memory of him forever is the memory of his smile. He never lost some of the wonder of childhood, and you could see it in his smile.

It's hard to smile today, but for David, I will try.