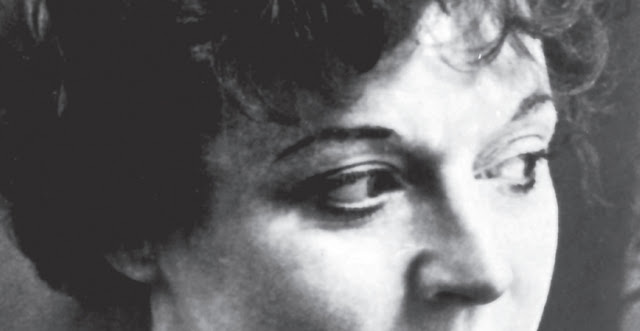 This year is Muriel Spark's centenary, and it's been fun to encounter the various tributes to her. I decided to reread The Prime of Miss Jean Brodie, her most famous book, because I haven't read it in twenty years or so, though much of it remains vivid in my memory. It was my first Spark, and while I think I appreciated the sharpness of her language at the time, I valued other things in the book. Rereading it now, it is her sentences that amaze me most, because I've learned over the years that one of the greatest pleasures in reading Spark is the pleasure of watching her make complex linguistic acts look easy.

Here's an example that I stand in awe of, a single sentence that is a short story unto itself:

Even stupid Mary Macgregor amazed herself by understanding Caesar’s Gallic Wars which as yet made no demands on her defective imagination and the words of which were easier to her than English to spell and pronounce, until suddenly one day it appeared, from an essay she had been obliged to write, that she believed the document to date from the time of Samuel Pepys; and then Mary was established in the wrong again, being tortured with probing questions, and generally led on to confess to the mirth-shaken world her notion that Latin and shorthand were one.

When I read this time, I was amused by the nasty humor at poor Mary's expense, but I also thought to myself, "Wait, was that one sentence?" I went back over it, and yes, just one sentence, complete. It felt like pages of portraiture, but read quickly and easily.

The sentence tells an entire story, and it has the narrative balance of a perfectly set up joke, especially in its original context, a paragraph that tells of the girls' adjustments to life in the senior school: we assume that poor Mary Macgregor, about whom we have just read some of the characters' later regret in how badly they treated her, and who we know will die in her early twenties in a hotel fire -- we assume as we begin reading the sentence that Mary will have some triumph, some success, as Latin seems to work better for her than any other subject. Our hopes are dashed, though, with "until suddenly", after which the sentence moves like a freight train gathering steam, growing ever more specific. I laughed aloud when I reached the end of the sentence, and that effect is primarily, for me at least, an effect of structure rather than content. There's nothing laugh-out-loud funny about "her notion that Latin and shorthand were one", but the rhythm of that phrase at the end of the sentence, coupled with the lovely lyricism of "the mirth-shaken world", somehow produces hilarity. Read the sentence aloud and try to keep a straight face. (It reminds me of David Sedaris in some ways. Sedaris is a master of tone and balance used for humorous purposes, which is one reason why I find him most amusing when he reads his own work.)

It is not a generous humor, but rather a humor that lets us laugh at the travails of a pathetic creature of our imagination, a humor that encourages us to feel a bit superior, even if we ourselves have no Latin at all, and might be hard-pressed to say exactly how far from each other were Caesar and Pepys (and thus we see something of what the book is up to, it seems to me; our nastiness is revealed to us).

My obsession with sentences is longstanding — no other element of prose is more likely to affect my evaluation of a reading experience than the writer's sentence style — and Spark's writing is a treasure trove of marvelous sentences, something well worth celebrating as we party for her 100th birthday.
language Muriel Spark novels sentences Writing