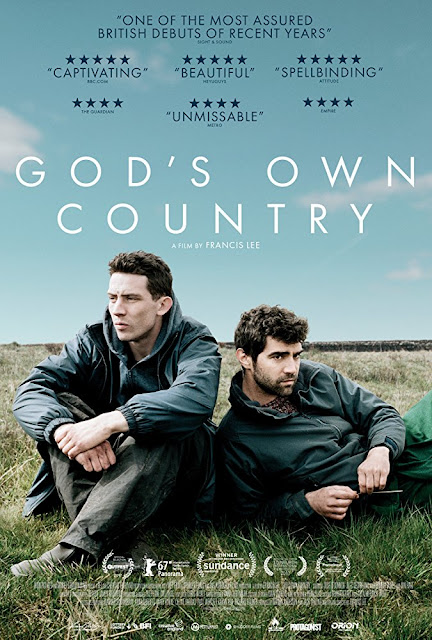 The revelatory, and perhaps even revolutionary, power of Francis Lee's film God's Own Country resides not in the plot, which follows a formula familiar for centuries, but in the absence of conflicts we have been trained to expect by other narratives. It is a film that has inevitably been marketed as a story of gay farmers, a kind of Brokeback Yorkshire — but the wonder is that it is not that, not at all. Brokeback Mountain is all about the pain of repressed love and socially unacceptable lives. In God's Own Country, love may be repressed, but it is not because of same-sex desire, and there are elements of life that are socially sanctioned, but not because of homosexuality. When it comes to farming in northern England, there are far bigger conflicts and problems than how two guys have sex.

This is not, though, one of those awful "gays are just like straights!" movie-of-the-week stories in which two people elicit all the feels by demonstrating that just because you like a bit of homosex doesn't mean you can't be a member in good standing of bourgeois consumer society. The two men at the center of God's Own Country, Johnny and Gheorghe, would be different people leading at least somewhat different lives if they did not have desires for men. Imagining Johnny as a heterosexual, for instance, can be frightening, because his anger at the circumstances he has been born into could easily explode outward in violence against whatever young woman had the bad luck to cross his path. (Think of another Johnny: the protagonist of Naked.) Within a patriarchal environment with long-settled scripts for how masculine men behave with each other, the kind of frustration Johnny feels is likely to express itself differently (and/or be interpreted differently) when the object of sexual desire is a man. Johnny's world is one in which most of the people he's in contact with are weaker than him or submissive to him. Gheorghe is the first person that Johnny can't brush aside, dominate, or bully. We know much less about Gheorghe's past than Johnny's, so his emotional life is a bit more opaque, but it's clear that Gheorghe is capable of real violence, even if his basic compassion and decency usually prevent him from inflicting it. (Usually.) Unlike anyone else in the film, he is able to tame Johnny, even to domesticate him, and he does so as he would a wild animal. 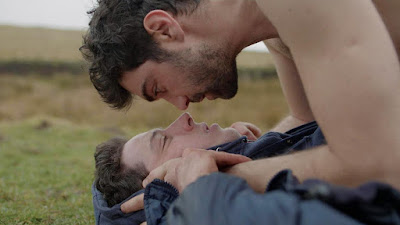 The world of God's Own Country is physical, not intellectual, not verbal. It is a world of human and nonhuman bodies, bodies that feel, bodies that excrete, bodies that fail. The sex scenes are vivid, but they are no more or less vivid than scenes of farm tasks: births and deaths, cleaning up manure, milking a sheep and turning that milk into cheese, skinning a dead lamb and covering another lamb with the hide so a ewe will accept it. Lee fits his scenes of human nudity and contact into a larger context of bare physicality. The tenderness Gheorghe shows to the animals prefigures his tenderness with Johnny.

The basic plot of God's Own Country may be one of the simplest, most familiar love stories, but what the film depicts is much more complicated, specific, richly detailed, suggestive. The power of the film is fundamentally cinematic: its depths are felt, and while I might analyze them here with words, there is no need, because analytical language lacks the clarity of these images and sounds.
film Movies queer