Showing posts from June, 2012
Show all

I will be at Readercon 23 in a few weeks. It's the one convention I attend every year, and I'm especially excited about this year because the panels are especially interesting, the guest list is awesome, and one of the guests of honor is Peter Straub, whose work I am in awe of and who is among the most delightful people to hear on panels or in interviews or readings or, really, anywhere. (Honestly, if Peter Straub were a train conductor, I'd follow him from car to car. He'd get freaked out and call the police, and I'd get arrested for being a weirdo, but it would be so worth it!) Also, we get to celebrate 50 years of Samuel Delany's work. And we give out the Shirley Jackson Awards!

Before posting my schedule, I wanted to note the Readercon Book Club selections for this year. These are panel discussions of specific books, a "classic" and a recent work of fiction and nonfiction each. This year's are:

"The Stains" by Robert Aickman

Today is Robert Aickman's 98th birthday, and in honor of that, here are some thoughts on my favorite Aickman story, "The Stains". I've been meaning to write about Aickman's work, and this story in particular, for a long time, but I have found it difficult to muster the courage to write about works that are so mysterious, so ineffable, so richly strange and deeply affecting. I think it is no coincidence that I have had the same struggle with the work of Franz Kafka, who is absolutely central to my reading life, and yet I have never written at much length about him at all. Aickman is not as great a writer as Kafka, but that's no insult; Aickman's talent and vision were narrower, his oeuvre less ragged. Nonetheless, there is an affinity of effect (and affect), partly, I suspect, because both writers were masters of writing from repressed obsessions, and both found unique, personal forms of fiction with which to encase those obsessions. 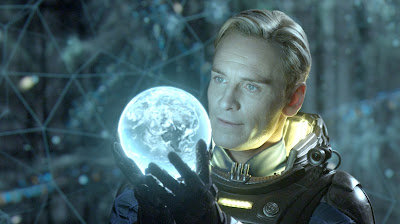 I had no intention of ever writing anything ever again whatsoever about Prometheus, or even mentioning the movie ever again in my life, but I just read two great pieces about it, so can't resist sending attention to them. (One links to the other, in fact.)

First, Elaine Costello's amazingly rich, provocative, nuanced, thoughtful, beautiful stream-of-theoryness wonderings about the film — about its economies and genders and races and religions, its unsaid saids and said unsaids. ("...which reminded me that the spaceship is a military-industrial [and so imperial-colonial] apparatus...") Here's just a tiny taste of an extraordinary tapestry:
What I wonder about is this: if David really can be read as an anti-colonial and anti-corporate saboteur, why does this progressive message, this transgressive messenger, still have to wear the most Aryan body imaginable? I’m aware that casting an actor of color as the android character would have made the slippages that David a…
Read more 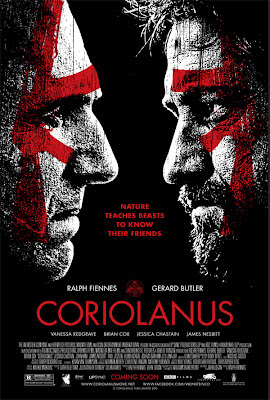 A Shakespearean double feature: one, a relatively faithful adaptation of one of Shakespeare's least-loved tragedies, fully populated with Famous Brits; the other, a reconfiguration of Romeo and Juliet in an all-male military academy, made on a clearly minuscule budget with a small cast of pretty unknown actors. Neither is entirely a success, but they're not boring, and both are valiant attempts worth at least the time it takes to watch them.

Coriolanus was the last of Shakespeare's Roman plays (after Julius Caesar and Antony & Cleopatra) and it has never had the popularity of its predecessors, despite being at least their equal in its rhetoric and drama. Indeed, T.S. Eliot once wrote that, "Coriolanus may be not as 'interesting' as Hamlet, but it is, with Antony and Cleopatra, Shakespeare’s most assured artistic success." (Meanwhile, Shaw called it "the greatest of Shakespear’s comedies.") Shakespeare took the basic story from Plutarch, but …
Read more

Catching Up with the Caine Prize 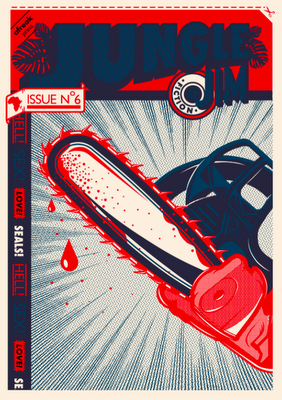 This is my fourth post for the great 2012 Caine Prize blogathon. (See my first post for some details.)

With 2 stories remaining for our Caine Prize Blogathon of Wonder, I fell behind.

Thus, this post will be about the last two stories, "La Salle de Départ" by Melissa Tandiwe Myambo and "Hunter Emmanuel" by Constance Myburgh.

Both are solid stories with their own virtues and are, much to the jurors' credit, utterly different from each other.

Yesterday, I posted a mocking attack on Prometheus that also linked to other attacks. I hated the movie, and so did plenty of other people.

But I don't want to give the impression that it is Friday the 13th Part XXVI: Jason vs. Maximus Prime. (Actually, that movie could be awesome!) Plenty of perfectly intelligent moviegoers have not merely enjoyed Prometheus, but embraced it. Adored it. Gone to see it more than once.

So, for some balance, here are four quotes from reviews and comments on the film that view it more positively than I or the people I quoted yesterday:

Roger Ebert:
Ridley Scott's "Prometheus" is a magnificent science-fiction film, all the more intriguing because it raises questions about the origin of human life and doesn't have the answers. It's in the classic tradition of golden age sci-fi, echoing Scott's "Alien" (1979), but creating a world of its own. I'm a pushover for material like this; it's a seamless blend of stor…
Read more 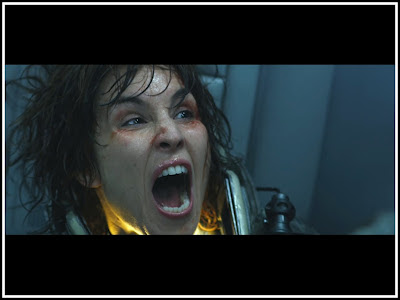 I haven't hated a movie as much as I hated Prometheus in a long time. It is a movie that screams for mockery.

Some of my favorite writings on it so far...

Nick Mamatas:
In the grim meathook future of this film, corporations rule the planet, CEOs rule their corporations on whims, and women wear naught but Ace bandages as undergarments, the poor sexy sexy things.
Kameron Hurley:
In the world of Prometheus, we all came from white dudes, who went around seeding the universe with their magical, life-giving sperm.
Genevieve Valentine:
One of the saving graces of the psychosexual terrorization in the Alien franchise is the leveling of the gender playing field – the rape threat they represent is omnipresent and sexually indiscriminate. But not in Prometheus! Thanks, Prometheus.
Richard Brody:
Which is to say that, despite the lack of intentional humor, lots of things in the movie are laughable, from the giant tiki-head of primordial power or the flying cruller that threatens humanit…
Read more

30 Years After Fassbinder: Where to Begin? 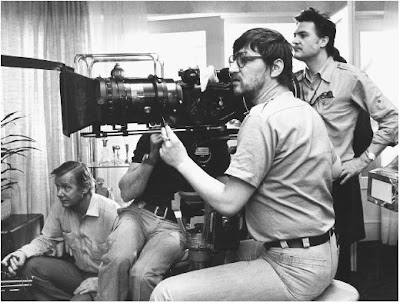 On June 10, 1982, thirty years ago today, Rainer Werner Fassbinder died. He was among the most remarkable filmmakers of all time, a director whose work I've wrestled with and adored for a while. His extraordinarily rich, diverse, and vast oeuvre has become the single body of film work that most fascinates me, though I still haven't been able to see it all (few people have).

I've written a bit about Fassbinder, and specifically his astounding TV movie World on a Wire, previously, but I've resisted writing about him more, partly out of a sense of humility in the face of his accomplishments and partly because I still feel, even after years of watching his movies, very much a beginner as a Fassbinder viewer.


But even with the acclaim Fassbinder has received and the esteem in which he is held by many cinephiles, his films seem to have trouble staying available to viewers — though roughly 75% of them have been released on DVD at one point or another in the US or UK, many of …
Read more

The Dragon Griaule by Lucius Shepard 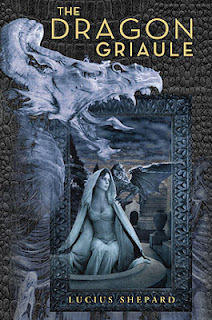 My review of Lucius Shepard's The Dragon Griaule is now available at Strange Horizons. (And the book itself is now available from Subterranean Press.) It's an extraordinary collection of stories, rich and multifaceted, nearly 30 years in the making. (I'm probably the only person on Earth who also reads it as a kind of allegory of Roland Barthes's "The Death of the Author", but I think the stories are rich enough to survive even the most idiosyncratic readers...)
Lucius Shepard published his first story of the immobilized, mountainous dragon named Griaule in 1984, and each of the four stories since "The Man Who Painted the Dragon Griaule" has furthered the purpose of showing up the evasive, escapist stupidities at the heart of the phrase once upon a time.

Or maybe that wasn't their purpose, in Shepard's mind. It doesn't matter. Purpose or not, it is their effect, and it is an effect that grows out of the stories' distant relatio…
Read more

June 05, 2012
I was futzing around trying to create a video essay showing links between Cornel Wilde's 1967 war movie Beach Red and Terrence Malick's Thin Red Line, not really getting anywhere, when I watched Kevin B. Lee's video essay "War Movies for People Who Don't Like War Movies". Most of the video offers his take on two films, Marwencol and La France (films well deserving more attention), but as someone who has seen a lot of war movies, and who would put a few on any list of top movies of all time, I struggled with the opening of his essay, even though he quotes my beloved Francois Truffaut:
There’s no such thing as a truly anti-war film, Francois Truffaut once said. By depicting the adventure and thrill of combat, war movies can’t help but glorify their subject, fueling fantasies of spectacular, heroic violence. It’s a case where the sensational beauty of cinema works against our humanist impulses rather than for them. I'm not sure that categorizing war films in…
Read more

June 02, 2012
Ed Champion interviews Samuel Delany for his Bat Segundo Show. An informed, wide-ranging conversation that's very much worth the time to listen to:
Delany: And I think pornotopia is the place, as I’ve written about, where the major qualities — the major aspect of pornotopia, it’s a place where any relation, if you put enough pressure on it, can suddenly become sexual. You walk into the reception area of the office and you look at the secretary and the secretary looks at you and the next minute you’re screwing on the desk. That’s pornotopia. Which, every once in a while, actually happens. But it doesn’t happen at the density.

Correspondent: I’m sure you’ve read that by now.