Showing posts from January, 2019
Show all

On Moderan by David R. Bunch 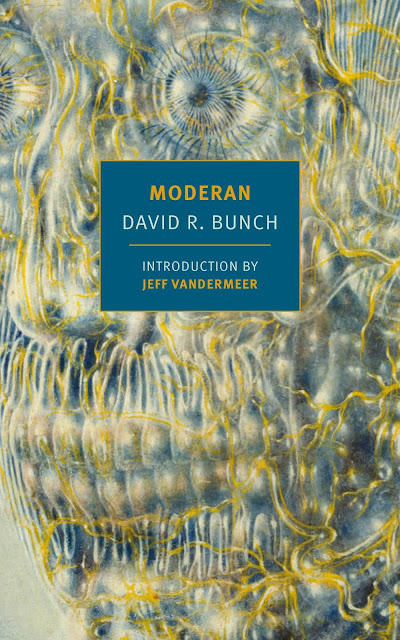 For The Millions, I wrote about David R. Bunch's extraordinary Moderan, recently republished by NYRB Classics for the first time in about 50 years and with material that's never before appeared in book form.
Here's a taste:
Moderan collects dozens of brief stories set in a future world apparently destroyed by nuclear bombs, a world where the landscape has been entirely paved over with plastic and the surviving humans have transformed themselves into cyborgs, their bodies mostly replaced with metal, leaving only a few flesh-strips as evidence of their old form. The men with the most metal become warriors whose identity is merged with the Stronghold that houses them, and the pleasure and glory of Moderan is the warring of its Strongholds. (Most of the stories in Moderan focus on Stronghold 10, the best at warring.)  The new-metal men hunker down in their Strongholds and wage war against each other. War is the most exciting thing in everyone’s lives, the way to prove strength …
Read more

Why They Can't Write by John Warner 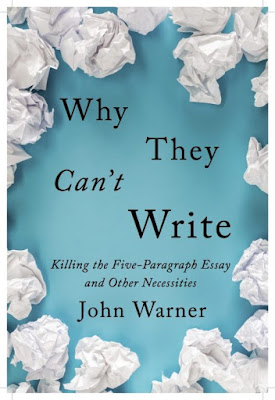 Over at my more academic-and-pedagogy-focused blog, Finite Eyes, I have written a post of thoughts about and inspired by John Warner's valuable new book, Why They Can't Write: Killing the Five-Paragraph Essay and Other Necessities.

A taste:
Why They Can’t Write is not primarily aimed at writing teachers, particularly not teachers with some background in composition & rhetoric. While there’s certainly much of interest to comp & rhet folks, Warner’s goal is to make available to a general audience the insights that have been central to composition pedagogy and scholarship for decades. “With this book,” Warner says on page 5, “I want to speak to policy makers, educators, parents of school-aged children, and even students themselves, so we can engage in conversation and collaboration that will meet the needs of our culture and communities.”

As I read it, I thought about who I would want to give this book to once it comes out in paperback. Yes, I’d love all the comp & r…
Read more
More posts