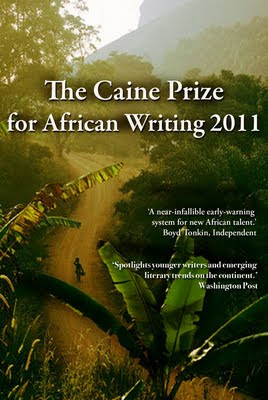 (This is the last in a weekly series of posts about the short stories nominated for this year's Caine Prize for African Writing. For more information, see my introductory post. Special thanks to Aaron Bady for coming up with the idea for this blogathon. Check out Aaron's post on this story for an updated list of other writers' responses, or follow #cainepr on Twitter.)

David Medalie's "The Mistress's Dog" (PDF) is a subtle, quiet, and profoundly sad story, easily the highlight of the Caine Prize nominees for me. It's a story in which nearly all the events have happened before the time of the first sentence, and this is what allows it a classic iceberg effect -- the story benefits from the characters' lifetimes of experience, yet takes place over the course of only a day and a half. Of the characters, only one has a name -- Nola, the protagonist. The other characters are named by Nola's perception of them: the powerful man, the mistress, the mistress's dog. It's significant that the powerful man was, up until his death, Nola's husband, but that's not the label she uses for him. To her, he represents power more than whatever qualities she associates with a husband.

We know Nola not so much as an individual character herself, but as a reflection of the other characters. She pays close attention to the mistress and dislikes her, referring to her as "blond and blowsy" ("she liked the demeaning effect of the alliteration"). Nola's watching of the mistress gives her some eloquent insights: "It was evident to her that the mistress had become a snob largely because she dreaded the judgement of snobs."

We learn less about the husband, who exists in the story primarily as force, a blast of malevolent gravity. Nola stayed in her marriage to him for forty years because, it seems, she didn't have the will to leave. She bore great resentment of the mistress and of the powerful man, but not enough to break free. She probably had a comfortable living with her husband, and jeopardizing that life seems to have been something she didn't desire. She acquiesced and went along with everything, getting in what little bits of rebellion she could (inviting old, moneyed people to parties with the mistress so that "The mistress, in their company, became heartier than ever, as abrasive as a typewriter in a room in which people were writing on soft vellum with quills and ink.")

But really, her only revenge is to outlive her husband and his mistress. Even then, though, she isn't free of them, because she agreed to take in the mistress's old dog when the mistress moved into a retirement home. This was, she says, one of the few moments in the marriage when she had the opportunity for power -- she could have said no, she could have sent the dog to be euthanized. "It was," she reflects, "an opportunity for revenge such as she had never had before." But no. It was too late. "The powerful man had gout, an enlarged heart, and a flickering memory. The mistress was no longer robust. They would never see each other again. It was too late, far too late, to triumph over them."

She goes on living, and she and the dog survive the people who determined everything in their lives. Though we're repeatedly told that Nola liked cats and not dogs, and we certainly know she had no affection for the mistress, she decides to take in the mistress's dog rather than let it die, and she has kept living with it even though it's past time when many people would have put the dog down. She seems to identify with the dog, but even she isn't sure why she's ended up this way: "Had she chosen him? Or had she ended up with him by default because she had not, during her life, made the wise, the adroit choices? If we are our choices, then what did it say about her that the mistress's dog was her last companion?"

The questions are raised, but not answered, and this is much to the story's benefit, because it allows the story's meanings to widen and open up -- to be not meanings, in fact, but suggestions, gestures of language and image. The story is not simply a domestic one; it has a lot to suggest about power and about regret, about putting up with the status quo until the status quo dies away on its own. There's not much triumph in simply outliving the power you quietly resented throughout your life. There's no moral victory in quiet resistance if that resistance has no effect on the circumstances that make resistance desirable. Nola let life happen to her, and she ends up with nothing more than her husband's mistress's decrepit dog. Both Nola and the dog, though, are not beyond our sympathy, and that's one's of the story's real accomplishments.

The only off moment for me, the only one that scratched against the delicate surface of the story's suggestions, was the moment where Nola takes the dog to the supermarket, the dog vomits on the floor, and a young woman who works at the supermarket comes to clean it up. When Nola says to the young woman (another character who has no name, only a label: she is young, she is a woman), "These things happen when you're old," and "We all get old," and the young woman replies, "They must shoot me first." This exchange seems a bit too obvious to me, a bit too convenient, too on the nose.

It's a minor misstep in a story that is otherwise elegant and affecting.

This brings us to the end of the Caine Prize stories for this year. The award will be announced on July 11. I'm very curious to see which story the judges choose (my own preference is obvious from what I've just written here). None of the nominees are terrible, but a few of them struck me as generally unremarkable, and I fully disliked one.

The good folks at New Internationalist sent me a copy of the Caine Prize anthology for this year, To See the Mountain and Other Stories. In previous years' anthologies, I've sometimes found the stories included from the annual Caine Prize writers' workshop to be more varied and interesting than the nominees, so I'm looking forward to reading the workshop stories in this new collection, though I expect I won't be able to read them for a little while, as I'm behind on some other reading that I have to do. If I discover anything that seems to me of particular interest there, I'll note it here.
Africa Caine Prize short stories