August 18, 2013
This is the ninth in a series of posts leading up to this blog's tenth anniversary on August 18. In each post, I look back on one year, sometimes specifically and sometimes generally. All the posts can be found here. 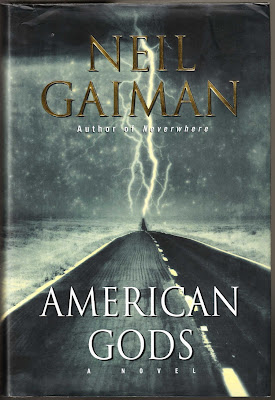 2004 was the first full year of The Mumpsimus. It was also the year with the largest number of posts: 319. (These days, I'm able to get out about 100 or so in a year.) And it was the year when a relatively large number of people began to notice what was going on here. That initial attention is what made me think this was not, perhaps, just a useless lark. A lark, yes, and largely useless, yes, but maybe not completely so...

The year began with a post about returning: I hadn't paid a lot of attention to the site at the end of 2003, having written one post in December and none in November. The first paragraph of that post indicates that I was still thinking of this as a site about, primarily if not exclusively, science fiction. The reason for my absence, I said, was, "my life has been busy and I haven't been reading nearly as much SF as I would like."

I made up for the absence quickly, with numerous posts, some of them with real substance. The first was a comparison of Sergei Bondarchuk's film of War and Peace with Peter Jackson's Lord of the Rings movies. The rest of January 2004 covers most of the major topics that the site would continue to explore for the next 9 years: a review of a novel by a writer not known as a genre writer (Genesis by Jim Crace); a plea for a writer who deserves more attention (Judith Merril); a naive but (surprisingly!) not entirely embarrassing post on sexism and reading; somewhat literary theory-ish posts on characterization and narrative (which, despite their naivety — my education in lit theory was entirely autodidactic [read: haphazard, shallow] at that point — are still recognizably in the direction of ideas I now hold); a review of Lucius Shepard's extraordinary 9/11 story "Only Partly Here"; a look at Tim Burton's movie Big Fish; a mention of one of my favorite writers, David Markson; and, finally, a post that mentions Samuel Delany's Dhalgren in the context of a discussion of the baleful influence of the 3-act structure for screenplays. Clearly, it was winter in New Hampshire and I needed something to keep my mind occupied other than just teaching high school!

The rest of the year goes on in a similar manner. I hadn't look back on it all until now, and was a bit scared to — I haven't been thrilled with a few of the later years on the whole, so had no reason to assume the earliest years were of any value whatsoever. There's drivel, certainly, but also good stuff, at least in comparison to a lot of what came later.


Looking back, you may note occasional reference to comments, and then see there are no comments there. That's because it took Blogger quite a while to offer a native commenting system, and so I used a couple of different ones, always seeking one that wasn't completely awful. Once Blogger added theirs, I went with it, though I dithered back and forth throughout early 2005 because what Blogger originally offered was extremely rudimentary (it's still pretty rudimentary, but functional). In the end, though, I went with it because the other commenting systems were just too buggy. The downside was that all the comments from 2003 to the last week of March 2005 were lost.

March is the month when the blog became something more than just a time-wasting activity for a handful of random people across the internet. There were 36 posts that month (second most for the year, after June's 40 posts), and one of them brought in more traffic than I could ever have imagined: a relatively brief consideration of Neil Gaiman's story "Bitter Grounds". You can guess what happened. Neil somehow found out about it, liked seeing some attention for a story he was fond of but which had been eclipsed in notice by one of his other's that year, and mentioned it on his blog. Though the site stats from 2004 are now lost, I remember the hits topping out at about 7,000 unique visitors on one day. It was pretty terrifying, actually, because I was used to 50, 60, 100 hits per day, and since most of those, I figured, were people uninterested in what was going on here, I was able to tell myself that I was mostly writing into a vacuum. (Mostly but not entirely, because I'd gotten some emails from readers, including one writer who thought I was not entirely accurate in perceiving all there was to perceive within his book. More on that in the next post.) A lot of people didn't stick around, of course, but some did. Suddenly, I had an audience. It was a strange feeling! The audience had expectations, and I did my best to try to figure out what those expectations were and meet them. That was useful and necessary for a while, but eventually I also realized I was deforming the blog by paying too much attention to all that. The only way I could keep it going was to keep being weird me, writing about what I felt like writing about at particular moments. This was also a valuable lesson of gaining an audience: if all your effort goes into maintaining that audience, rather than sticking to the peculiar, idiosyncratic traits that got you an audience in the first place, then your writing becomes hollow, mechanical, forced, lifeless. I am grateful for having had the opportunity to learn that viscerally.

In 2003, Colleen Lindsay and Jeff VanderMeer gave me the sense that this endeavor wasn't useless or invisible, but it was Neil Gaiman who, inadvertently, gave me the push to take it seriously. (Thanks, Neil!) And I still think "Bitter Grounds" is among his best writing, a wonderful, complex story.

There's a lot I could pull from 2004. It was the crucial year, the defining year, the year that provided the energy for everything that came later, good or bad. Here are just a few of the posts that seem particularly worth pulling out of the dustbin for one reason or another: