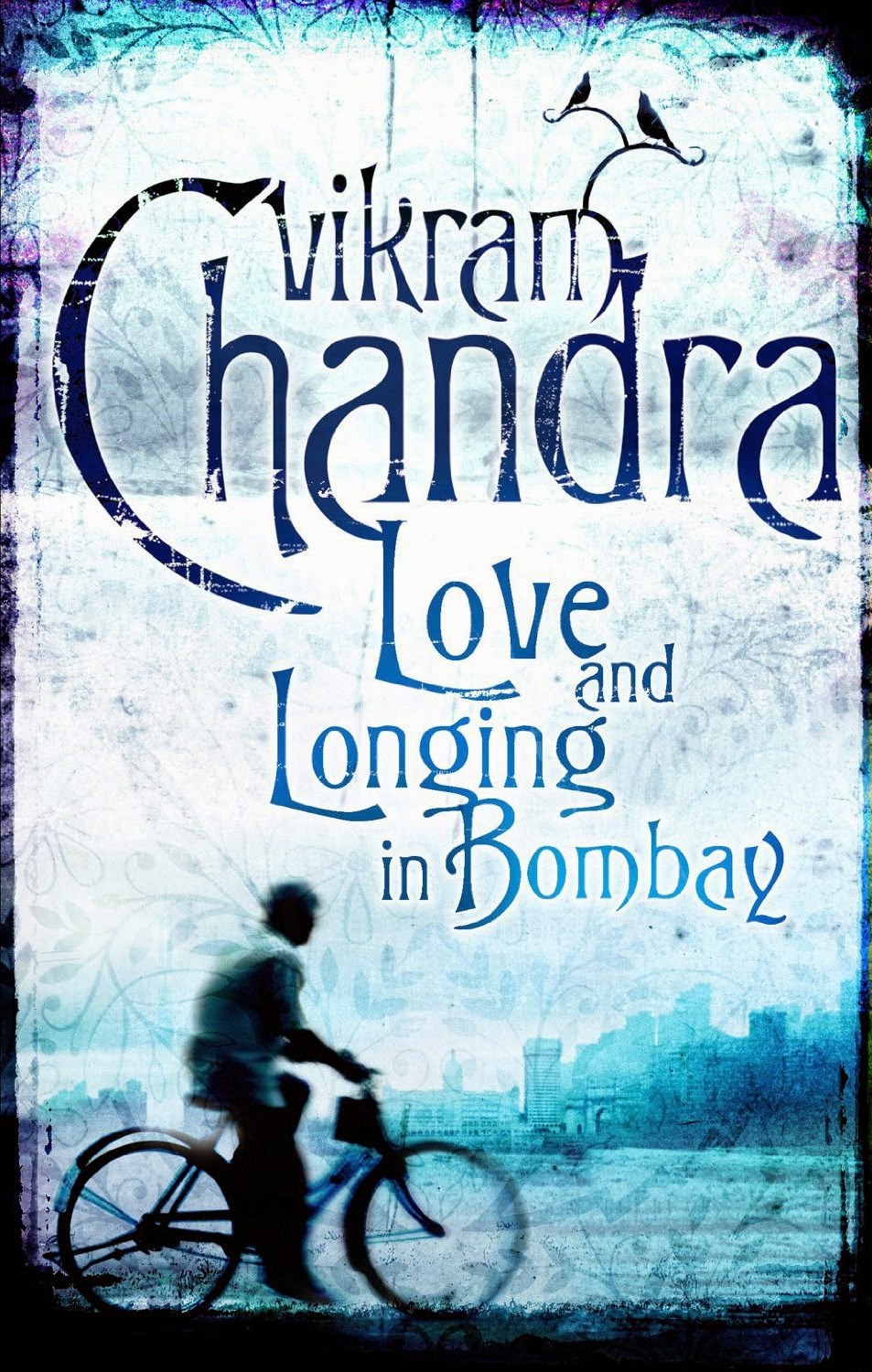 Vikram Chandra's collection of interconnected stories, Love and Longing in Bombay, is a book I had thought of writing about in some detail, but I'm afraid time is not on my side with that, and a number of other writing projects need attention. One story I managed to make some notes on is "Artha", and here are those notes, in case some thoughts on the story are useful to someone else...

In thinking about Love and Longing in Bombay, I’m going to start by grasping some tiny pieces within the wholes, and see what I can do with them.

First, a single story, and a single page of that story, and not the words but the blank space.

The two blank spaces between narrators and their narratives.

The second narrative is that spoken by Subramaniam, who has been the putative narrator (storyteller) of the previous tales within the frame.

But “Artha” becomes distinctive with the next blank space, for here we are ushered into yet another story, that told by “the young man” to Subramaniam. The young man’s name is Iqbal. He will be the narrator for the remainder of the tale.

Another item of distinction: after each blank space, the speaker is identified within parentheses. Previously, there has been no need for this. Now, though, there must be no mistake. Is the reason that there is a story-within-the-story? Possibly, but I’m not convinced of that, because the transitions into the tales are no more confusing than those in previous parts of the book, and the multiple embedded stories in the only remaining tale, “Shanti”, are, arguably, more confusing and do not have such clear, interrupting markers.

Let’s return to the idea of the blank space for a moment. Printers, or so I’ve been told, call these spaces “slugs”. I like the positive sense of that, rather than the negative of blank space. Slugs are an insertion, a something. Slugs disrupt the text from within — they give it order and shape by signaling some unspoken drift, thus taming what would otherwise be a jarring slip, an incoherence, by making it visible. The slug is a sign: Mind the gap.

Once we’ve minded that gap, though, we get a stutter in the story: “(Subramaniam said)”, “(the young man said)”. I shall now indulge in a moment of paranoid reading: Are these stutters a distancing technique inspired by the über-narrator’s fear of being mistaken for a homosexual? The parenthetical speech tags are unnecessary; they are excessive intrusions, and, unless my memory and notes are failing me, the only such intrusions into embedded narratives anywhere in a book comprised of embedded narratives. (The most complex such embeddings are achieved in “Shanti” via typographical changes — separated visually from the main text, but without their own text interrupted.)

(Now would be the time — this would be the space — to discuss mimicry and postcolonialism. I am not going to do so. Instead, consider this paragraph a slug.)

Walter Benjamin wants to get into the conversation. Here he is, via Mark Jackson:


The arcade [says Jackson] acted as a spectacular landscape that opened up the city as an illusory, sleepy, standstill world of the phantasmagoria, while at the same time, in the form of the more intimate and decided ambiguous, street-but-not-street of the arcade, it closed around the modern subject as if a room, reassuring with “felt knowledge” (Benjamin, 1999, p. 880) intuitive semblances of domestic wish fulfillment. (39)

The idea of the arcade as street-but-not-street could be extended to the idea of Love and Longing in Bombay as an arcade, a book of x-but-not-x. How do we solve for that x? Can we locate an “illusory, sleepy, standstill world of the phantasmagoria” within the book? For Jackson-via-Benjamin, commodities are phantasmagoric, and “phantasmagoria” is a quality of mystification and even misrecognition: “Desired and consumable things, they embodied and thus represented, dreamt wish images of futurity, and, at the same time, the imminent (and immanent) undoing of that indwelling mythic aspiration” (38)

Must phantasmagoria always be mystifying? Is mystification itself always undesirable?

I would like to keep open the question of phantasmagoria’s usefulness, for as a mode of fantasy it should (shouldn’t it?) possess some of the power of fantasy to reveal structures and discourses of desire otherwise inaccessible.

Is it meaningful to suggest that the insertions of speech tags into the narrations of “Artha” are traces of phantasmagoric desire? That the otherness of Iqbal — located not only in his sexual identity, but his name, which indicates religion — is itself desired. But desired how? To what end? Perhaps the cosmopolitanism of the post-colonial/post-modern city, the place where identities can flow into each other, where mimicry and fantasy themselves create identities (for, after all, isn’t identity without any trace of mimicry and fantasy illegible?). Iqbal as we receive him is not Iqbal, but rather the voice of Iqbal mediated through the voice of Subramaniam mediated through the voice of Ranjit, and all of which is constructed by Chandra.

The arcade of voices, the phantasmagoria of identification.

For Iqbal, religious difference can be dismissed “in one smile” (198) if desire is present. Perhaps that is what the inserted speech tags, and their paradoxes, suggest. The simultanous desire not to be mistaken for a homosexual and to be part of the narrative of the homosexual.

To walk the arcade.

To be present without losing identity.