A Story: "A Suicide Gun" 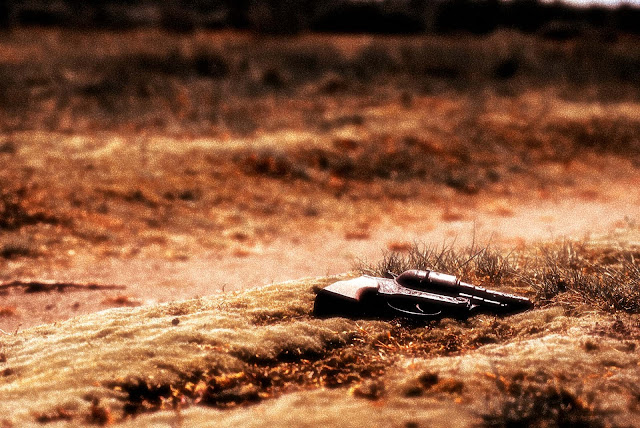 Back in the summer of 2019 (a few decades ago), I wrote the first draft of a story inspired by perhaps the most gruesome element of my childhood: the guns people brought to my father's shop for cleaning after they had been used in a suicide. In conversation with a friend some time before, I had mentioned these "suicide guns", which so haunted my father (not a man given to haunting), and my friend said that was quite a nice title for a story. I thought he was right about that, and for a few years kept it in the back of my head until I could think of some characters and situations that seemed to fit.

And so I offer you: "A Suicide Gun". (Perhaps needless to say with a title like that, but: every content warning.)

I wrestled with the story for quite some time, sent it out to various publishers, received polite rejections. After a few rounds, I decided to stop sending it out and save it, as my enthusiasm for making the rounds of the litmags is not what it once was. The story has obvious challenges, primarily its length, which is a bit longer than most story publishers want. There are ways to make it a more accessible and appealing tale, and I considered them, but ultimately realized that the story is, for better or worse, what I want it to be. I also realized I was unsatisfied with it being unpublished, that I wanted it available to the world in case there are a few readers out there for whom it is meaningful.

Therefore, I'm releasing it under a Creative Commons license on my own website. I know this story is, as the ridiculous cliché says, not for everybody ... but it is with the hope that it is for somebody that I make it public now.

Update: For more on the story, see this self-interview I put together inspired by questions a few people asked me about it.