Showing posts from April, 2011
Show all

From "The Politics of Genre" by Stephen Heath, in Debating World Literature edited by Christopher Prendergrast, Verso, 2004, pp.172-173:The politics of genre turns on the distinctions it makes and the hierarchies those distinctions readily support: between high and low, sacred and secular, poetic and prosaic, literary and non-literary genres. To challenge and transform such hierarchies involves a range of shifts in perception and genre judgement, notably as to what counts as the proper matter and language of literature, as to what to recognize. The development of the novel provides a powerful middle class with a genre that seeks to represent the terms of its world in defiance of traditional genre views of the actual social life of men and women as fitting only for comedy or satire (the supreme genres are conceived as universal, expressing essential truths in abstraction from the contingencies of the everyday). Diaries, dome…
Read more

Reliable sources are reporting that Joanna Russ died this morning at a hospice facility in Tucson, Arizona. She was 74 years old.

I have a Strange Horizons column due in a few days, and I'm going to scrap what I was working on and instead write about Russ, so I'm not going to try to say anything very coherent here. Russ was extraordinary. I've had every reaction it's possible to have to a piece of writing with her work, at one point or another, I think. When I first encountered "When It Changed" and The Female Man, I was in high school and they terrified me in a way that just about nothing ever had -- I had always unconconsciously thought that I was the default audience for books: me, the white guy. Suddenly I was reading something where I didn't think I was the default audience; not only that, the people in these stories who were like me were despicable. Later, I would learn to read Russ a bit better, and come to find her short stories especially to be w…
Read more 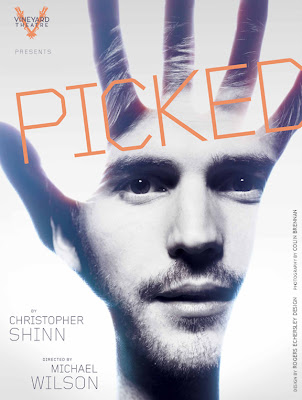 When I saw Christopher Shinn's new play, Picked, in New York last week, I had no intention of writing about it. Chris and I were at NYU together for a couple years, we've stayed in touch a bit over the last decade, and I've enjoyed following his career. I don't like writing about friends' work, because anything short of "It's the most perfect and brilliant piece of writing since the invention of the alphabet," feels in some way like a betrayal.

But most of the reviews for the play have been so shallow and superficial that I just want to line up the New York theatre reviewers and whack them all upside the head. Maybe not all -- Ben Brantley's review in The Times is thoughtful and intelligent. Beyond that review, though, it's thin pickings.

I'm not looking for positive reviews -- sure, I liked the play, I like Chris, I would like the world to agree with me on both points. But I'll take a thoughtful and insightful negative review over a …
Read more

Sandman Meditations: Finishing Up A Game of You

I had to skip a week of Sandman meditating because of a billion other commitments (you might have noticed this here blog has been quiet...), but the column is back this week with some thoughts on the final chapter of A Game of You.

I try to avoid looking at any response to the columns, including the comments sections, because I discovered early on that if I pay much attention to what folks are saying about the columns, I then start tailoring what I write to those responses. And for various reasons, with this particular project I don't want to do that.

I have to admit, though, I loved this tweet from Neil Gaiman:


I promise that whenever I come to an end with The Sandman, I'll write a column that looks back over this whole strange endeavor, because I've really pushed myself to write these pieces quickly and as a kind of first response, without a whole lot of reflection, which means, I'm sure, some of the columns are just barmy. My perception of individual Sandman issues …
Read more

April 26, 2011
Via the marvelous blog Reading Markson Reading, some words of wisdom from F. Scott Fitzgerald to his daughter:
A good style simply doesn’t form unless you absorb half a dozen top-flight authors every year. Or rather it forms but instead of being a subconscious amalgam of all that you have admired, it is simply a reflection of the last writer you have read, a watered-down journalese.Fitzgerald's letter includes some recommended books, and blogger Tyler Malone follows up with a letter from David Markson to his own daughter offering a list of some favorite books. Great stuff.
Read more

April 25, 2011
Colson Whitehead:
I can't blame modern technology for my predilection for distraction, not after all the hours I've spent watching lost balloons disappear into the clouds.
Read more 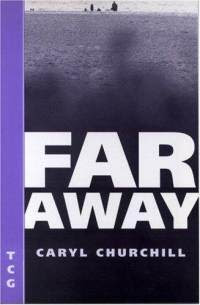 The good people at Tor.com asked me to contribute a post about the playwright Caryl Churchill for Dystopia Week, and I was thrilled to be able to oblige them with "Dystopia on Stage: Caryl Churchill's Far Away".

Here's a taste:
Most people don’t often think of playwrights as science fiction and fantasy writers, and SF doesn’t really exist as a genre in the theatre world in the same way it does in the world of print and cinema. Yet from its earliest incarnations, theatre has reveled in the fantastic, and many of the greatest plays of all time have eschewed pure realism. Something about the relationship between performers and audiences lends itself to fantasy.

The British playwright Caryl Churchill has written a great number of extraordinary plays, many of them enlivened by impossible events. Churchill is a staunchly political writer, a writer who seeks to challenge audiences’ complacencies about the real life of the real world, but flights of imagination give resonanc…
Read more

April 04, 2011
Blogging here has been light-to-nonexistent recently because I've been swamped with work, much of it delightful, including creating a very special blog: The Carol Emshwiller Project.

Carol Emshwiller turns 90 on April 12, and there are lots of celebrations going on. We'll be posting all sorts of things to the blog, especially on the 12th itself, and anyone is welcome to contribute, either by writing on your own site or submitting something to me via email. Anything celebratory is welcome, from long and insightful considerations of Mrs. Emshwiller's oeuvre to a few sentences of joyful best wishes. Write a song, make a video, create fanfic!

To learn more about Carol Emshwiller and her work, check out the site. And be sure to stop by on the 12th to share your joy in our cause.
Read more
More posts