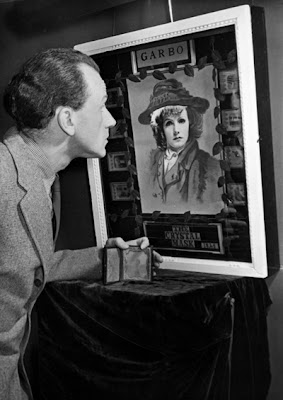 I'm back in New Hampshire for a few days, and yesterday journeyed to the Peabody Essex Museum in Salem, Massachusetts to see the exhibit "Joseph Cornell: Navigating the Imagination", which I'd first heard of when it was at the Smithsonian, and then read about in the Times, and thought: I have to see that. 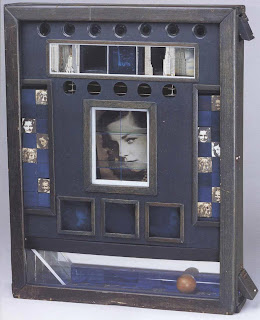 Cornell is pretty much my favorite North American artist, which isn't to say I think he's the best (whatever that means), but that it is his work I respond to most viscerally. I spent two hours in the galleries of the exhibit, wandering back and forth between displays, staring, daydreaming, looking at details, imagining Cornell's hands and tools as he assembled his boxes and collages. In one place, there is a display of some items saved from Cornell's workshop, and I was thrilled, because artists' studios particularly fascinate me, housing, as they do, the the mundane choice-making and inexplicable inspirations that combine, through craft and art, in creation. 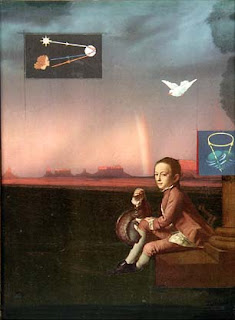 Many people have tried to express the attraction of Cornell's work, focusing often on the extraordinary balance between nostalgia and formalism, sentimentality and austerity, creepiness, childishness, yearning, hope, sadness, naivety. As I wandered through the galleries, though, I realized that one of the things I most appreciate in Cornell's work is that it doesn't inspire words in me -- it exists in a realm entirely outside language, which is almost a paradoxical statement given that plenty of his works utilize items with text on them. But they aren't texts to me, they are shapes and patterns and evocations.

The exhibition is apparently the first Cornell retrospective in 26 years, and it includes quite a few pieces that have never been shown publicly before. It also includes 7 films Cornell made, making this the first time his films have been shown in conjunction with his other artworks. I watched two, "A Legend for Fountains" (which I found both transfixing and heartbreaking in some weird way) and "Rose Hobart", which I'd seen before, but which feels very different when projected on a big wall. 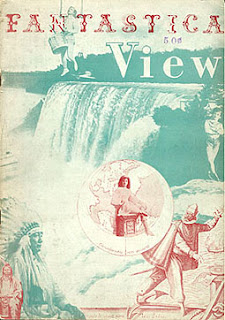