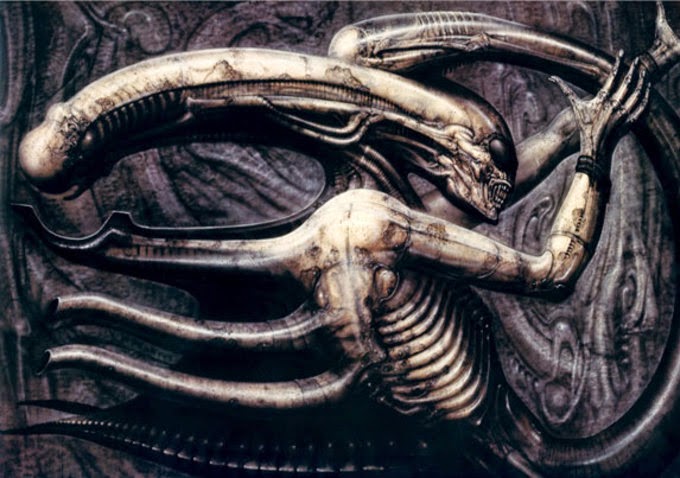 For Press Play, I wrote about the late H.R. Giger:

H.R. Giger's imagery so deeply influenced the imaginations of film production designers, tattoo artists, fashionistas, magazine illustrators, skateboard designers, and just about everyone other than My Little Pony animators that at this point it's difficult to separate Giger from the gigeresque. What was once outré, repulsive, and disturbing became the Thomas Kincaid style for the cyber/goth set, a quick kitsch to perform a certain idea of taste. You hang Christmas Cottage in your living room to display your pleasant, unthreatening Christianity; I put a poster of Giger’s Li I on my bedroom wall to show how transgressive I am in my deep, dark soul. Each is a sign that communicates immediately, without any need to look for more than a second, because each communicates not through itself but through all the associations is has accumulated.

Of course, this is not fair to Giger the artist, who was much more than his most popular tropes. But that's about as useful as saying van Gogh is much more than a sunflower, a starry sky, and a bandaged ear: obvious, yes, but also beside the point. Giger is mourned and remembered because of the gigeresque.