Press Play has now posted my new video essay with a brief accompanying text essay about the great new science fiction action movie political parable satire call to revolution Snowpiercer, directed by Bong Joon-Ho, a filmmaker I am especially enamored of. (Memories of Murder is easily among my favorite movies of the last 15 years, and back in 2010 I defended Bong's previous film, Mother, from the criticisms of Richard Brody at the New Yorker.)

As a little bit of extra, below the fold here I'll put some thoughts on elements of the remarkable ending of the film... 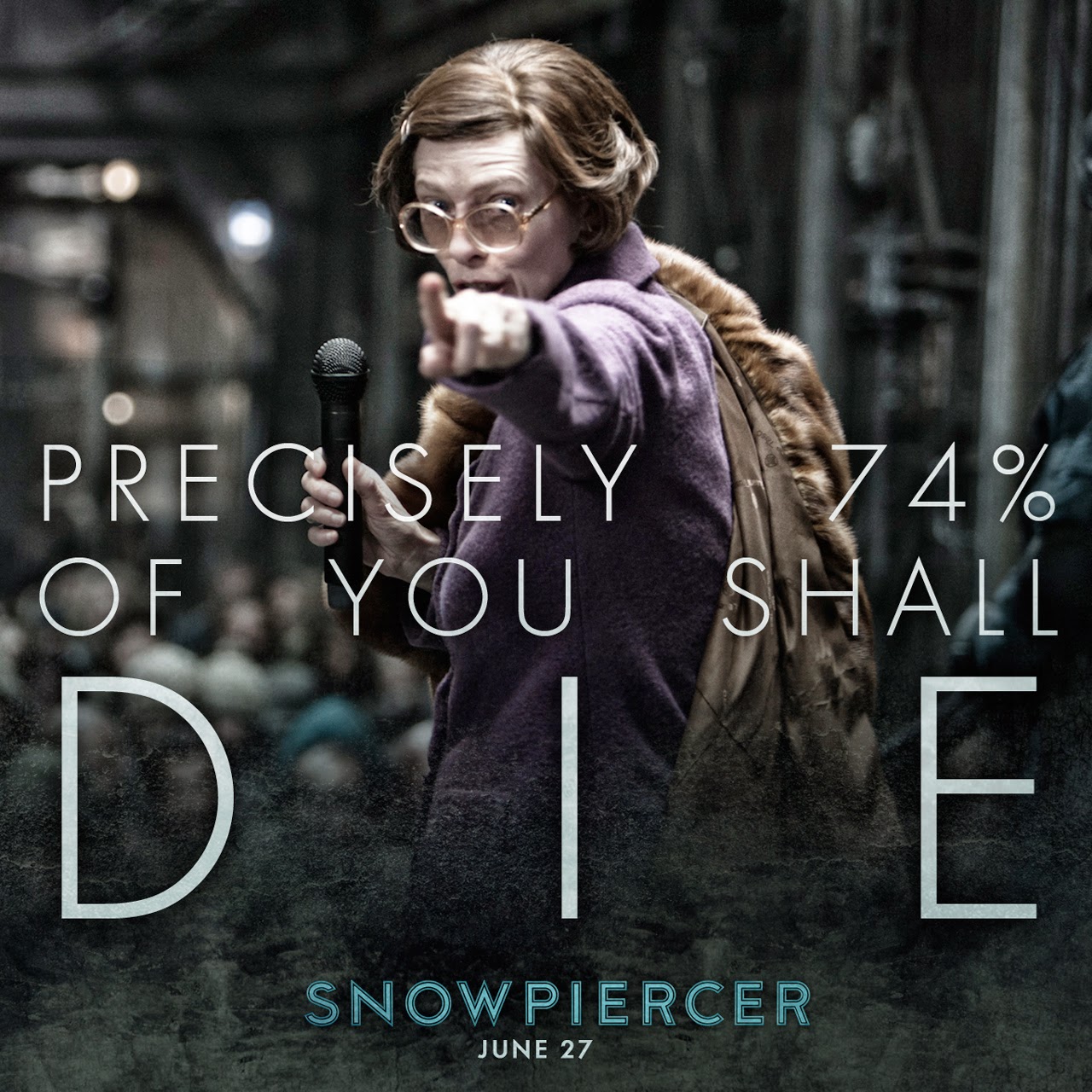 First, for some information on the background and references of Snowpiercer, see Scott Tafoya's piece at RogerEbert.com, and for a good analysis of the revolutionary ideology of the film, see "Smash the Engine" by Peter Frase at Jacobin.

The audacity I see in the ending of Snowpiercer comes not just from its framing of revolution as something that must smash the logic of the system, but also from the way it shows that system to be not just hierarchical in terms of class, but of also being fundamentally racialized. 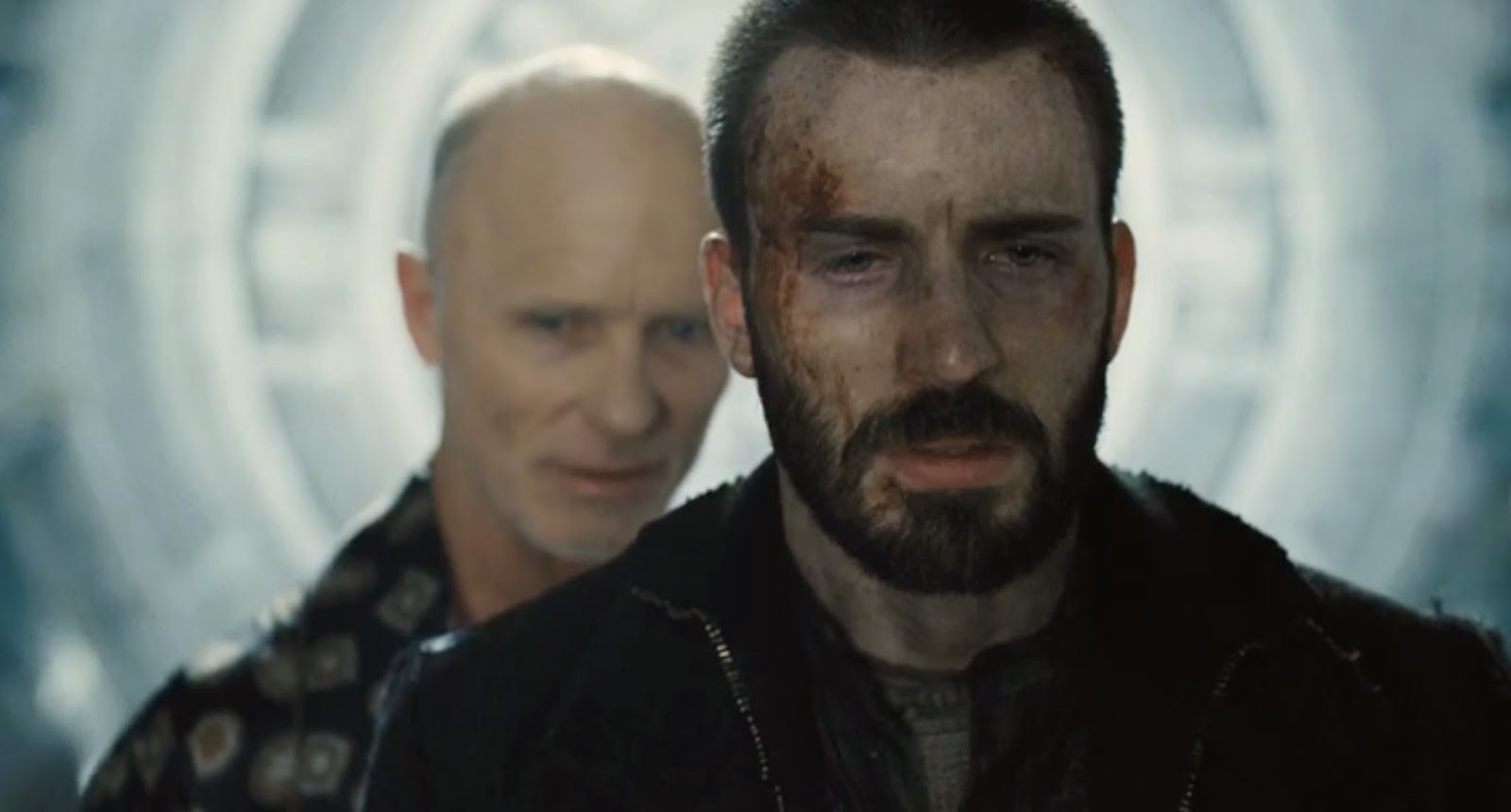 As Curtis moves closer and closer to the front, the white supremacy becomes obvious. There's the classroom, where the vast majority of students are very white (and often blonde), with a few Asians in there (the pre-apocalypse notion of Asians as educational high achievers is thus replicated in the train), and one black girl (at least that I saw). The overall effect is of lily-whiteness, with a few special people added. 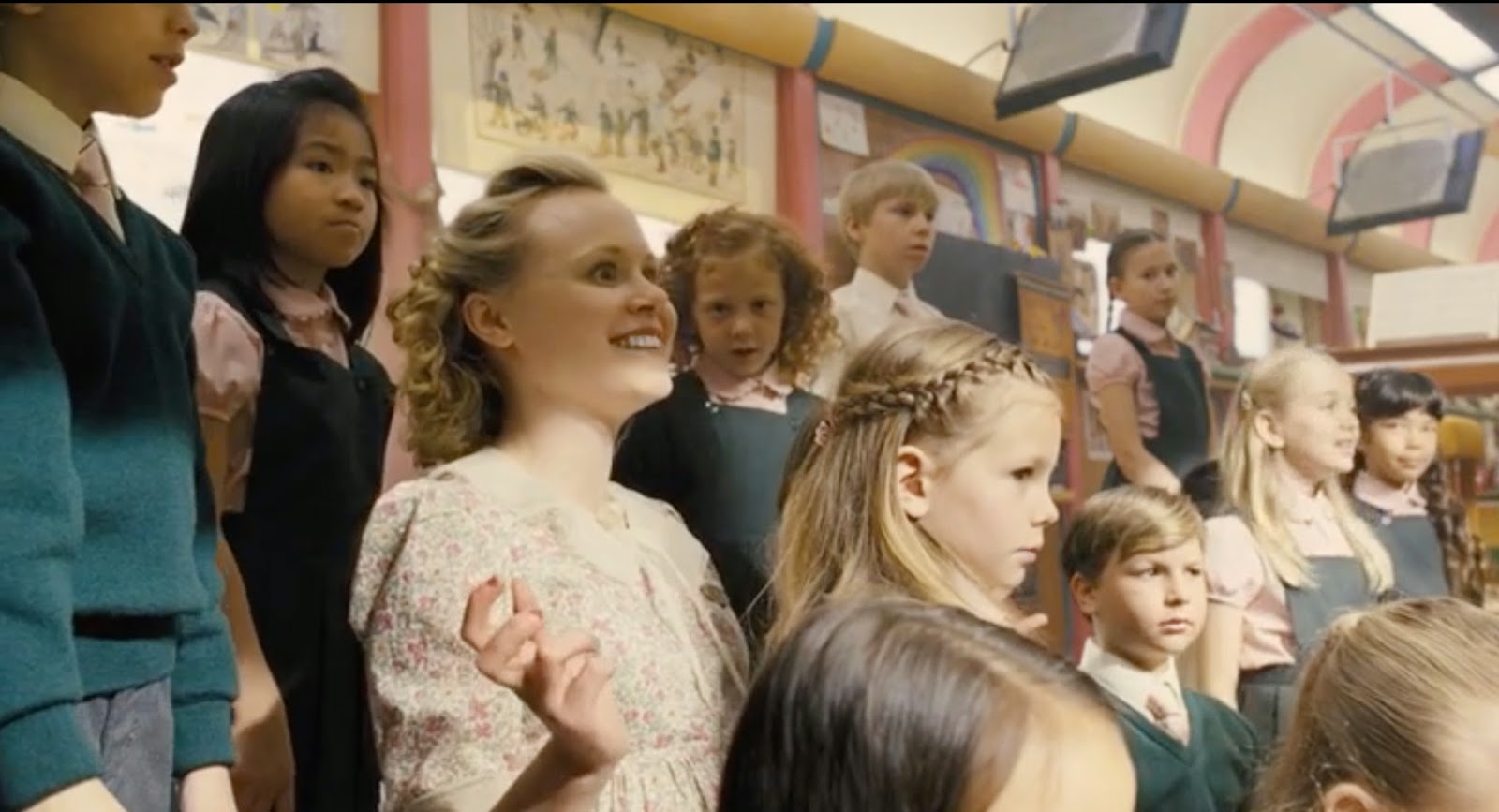 The people at the dance party are almost entirely white. 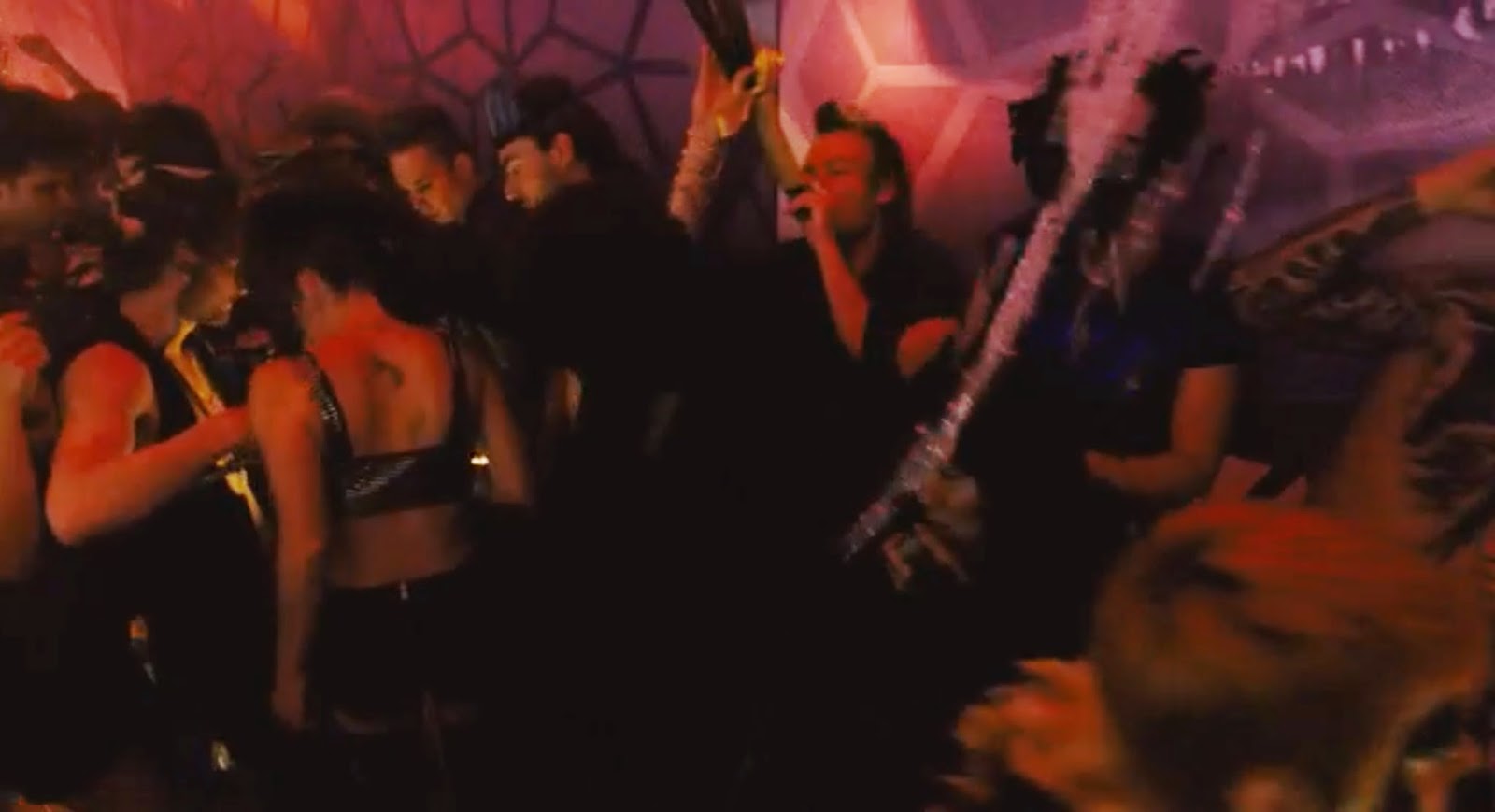 The people who apparently stepped out of The Great Gatsby are white. 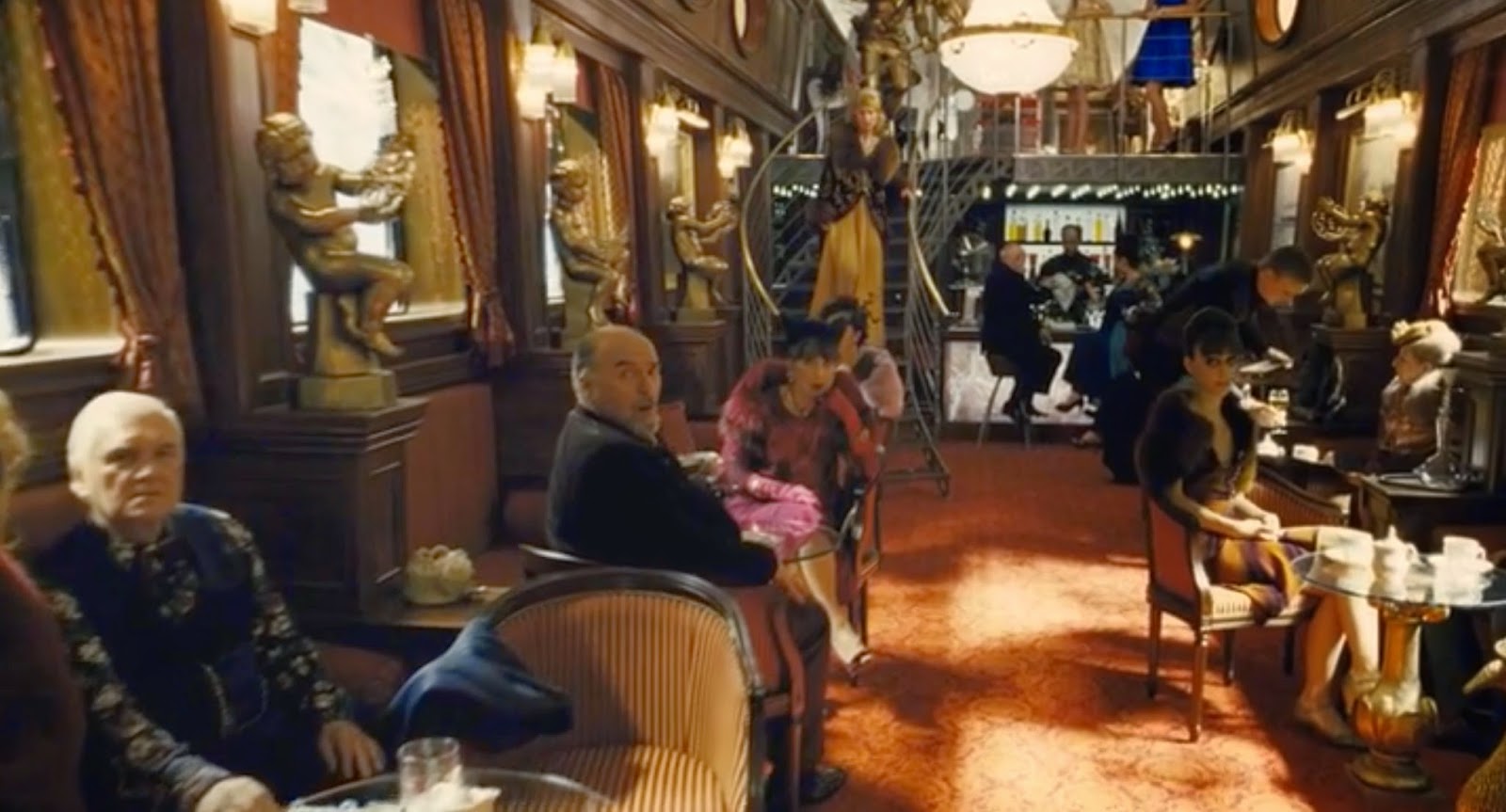 The women getting their hair styled are white. 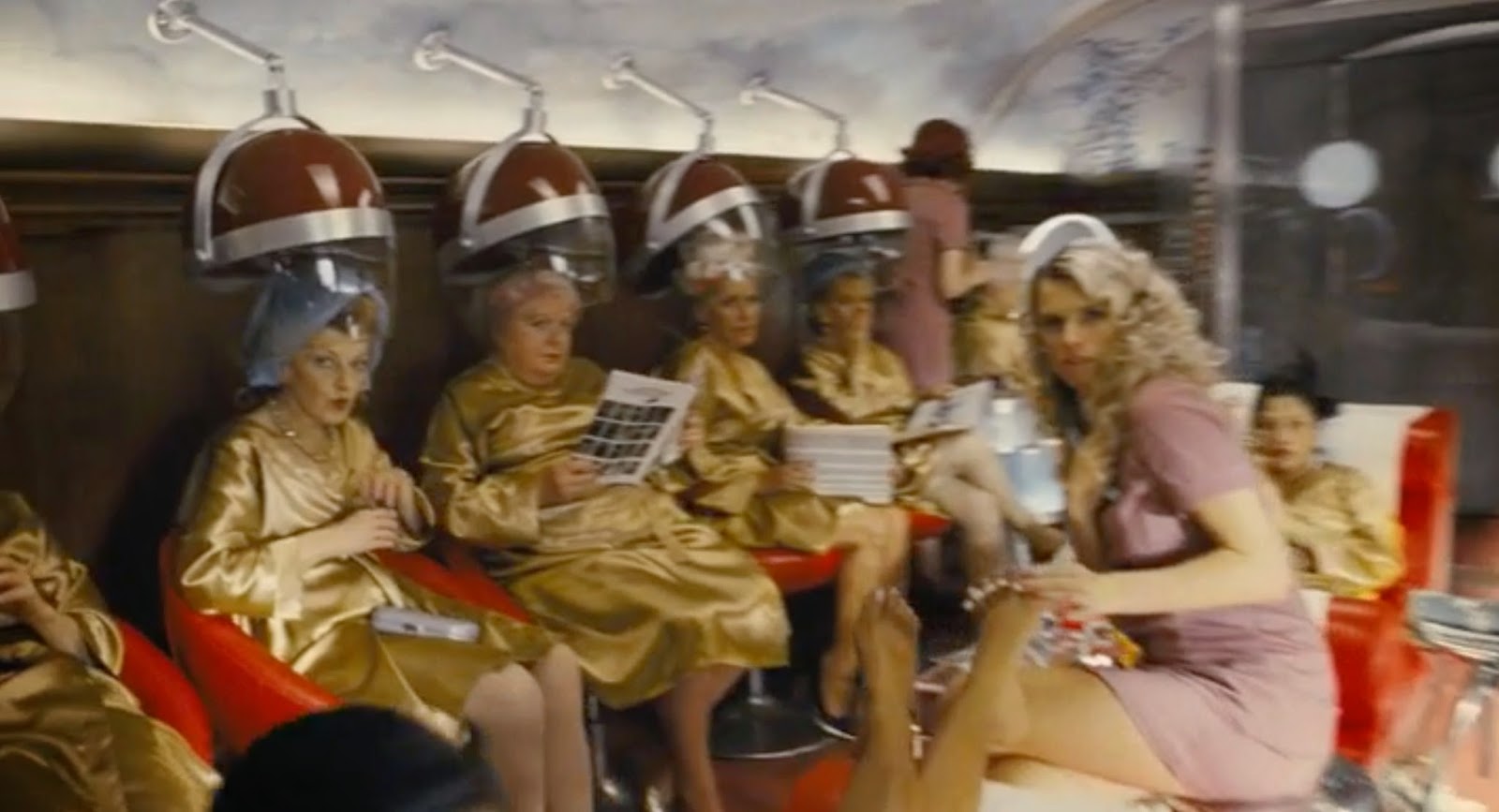 It's worth noting, too, how so much of what we see in the front cars evokes the old white world, a world of the 1920s-1950s — an America before the successes of the civil rights movement, of women's liberation struggles, of gay liberation, etc. (The car where everyone is taking drugs evokes even earlier ideas. It's like an opium den, a powerful force in the orientalist imagination of the yellow peril in the 19th and early 20th centuries, and a setting with plenty of cinematic history.)

Early in the film, Curtis tells Edgar that once they get to the front of the train, things will be different. "But how different, really?" the film asks at the end. "Know your place!" Mason (Tilda Swinton) tells the rabble. Curtis learns what his place is from Wilford: the place of the white patriarch.

That system cannot be reformed. It will do no good to have somebody else in charge of the engine. The logic of the system must not be reformed, it must be defied and destroyed.

And thus the ending, which stops the train's circular journey and potentially annihilates the last remnants of humanity.

The system is so corrupt, so incapable of reform, that what is known to be left of humans is worth destroying rather than continuing along the same tracks.

If there is to be a future for humanity, it looks like this, the new Adam and Eve: 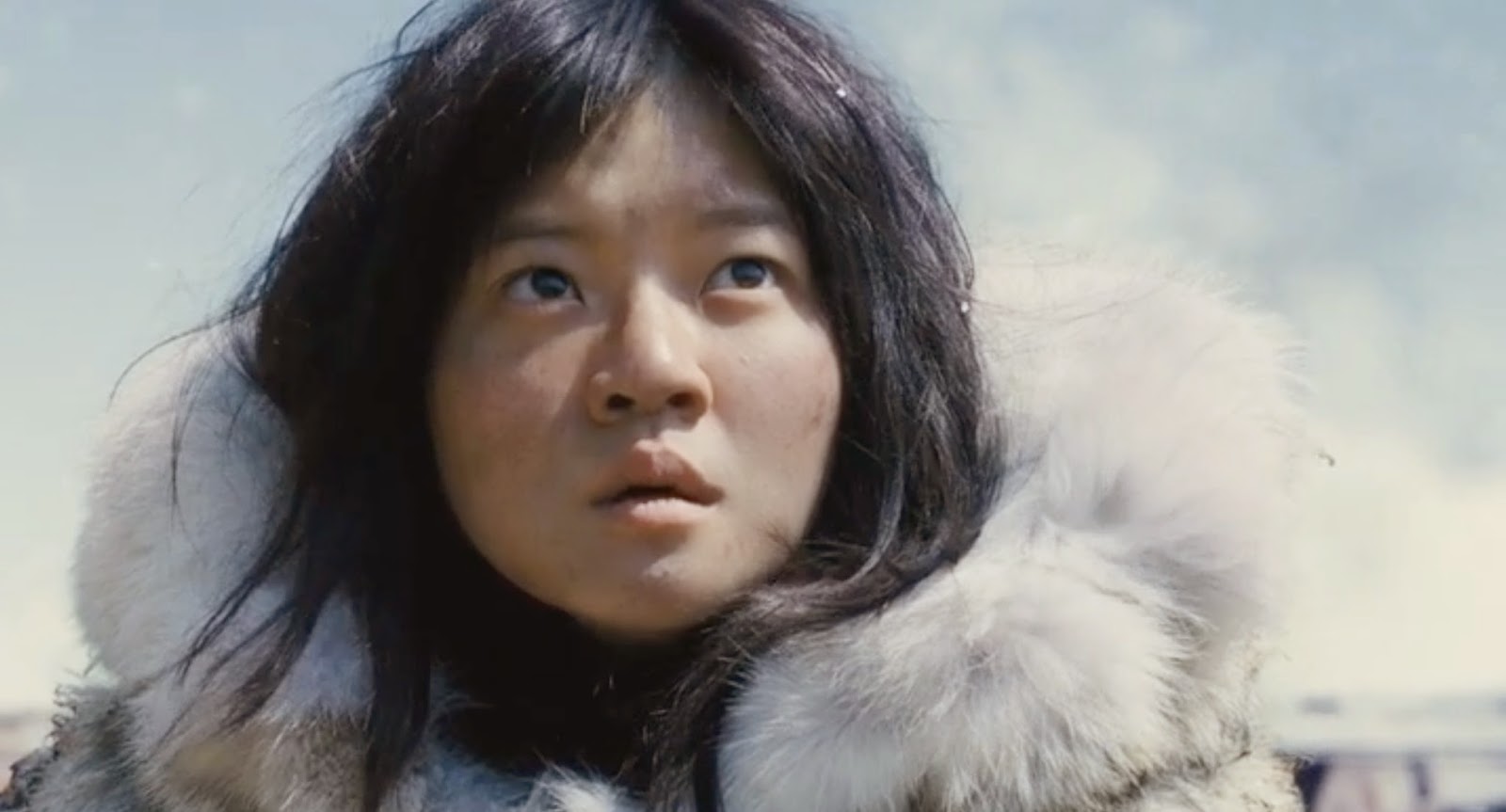 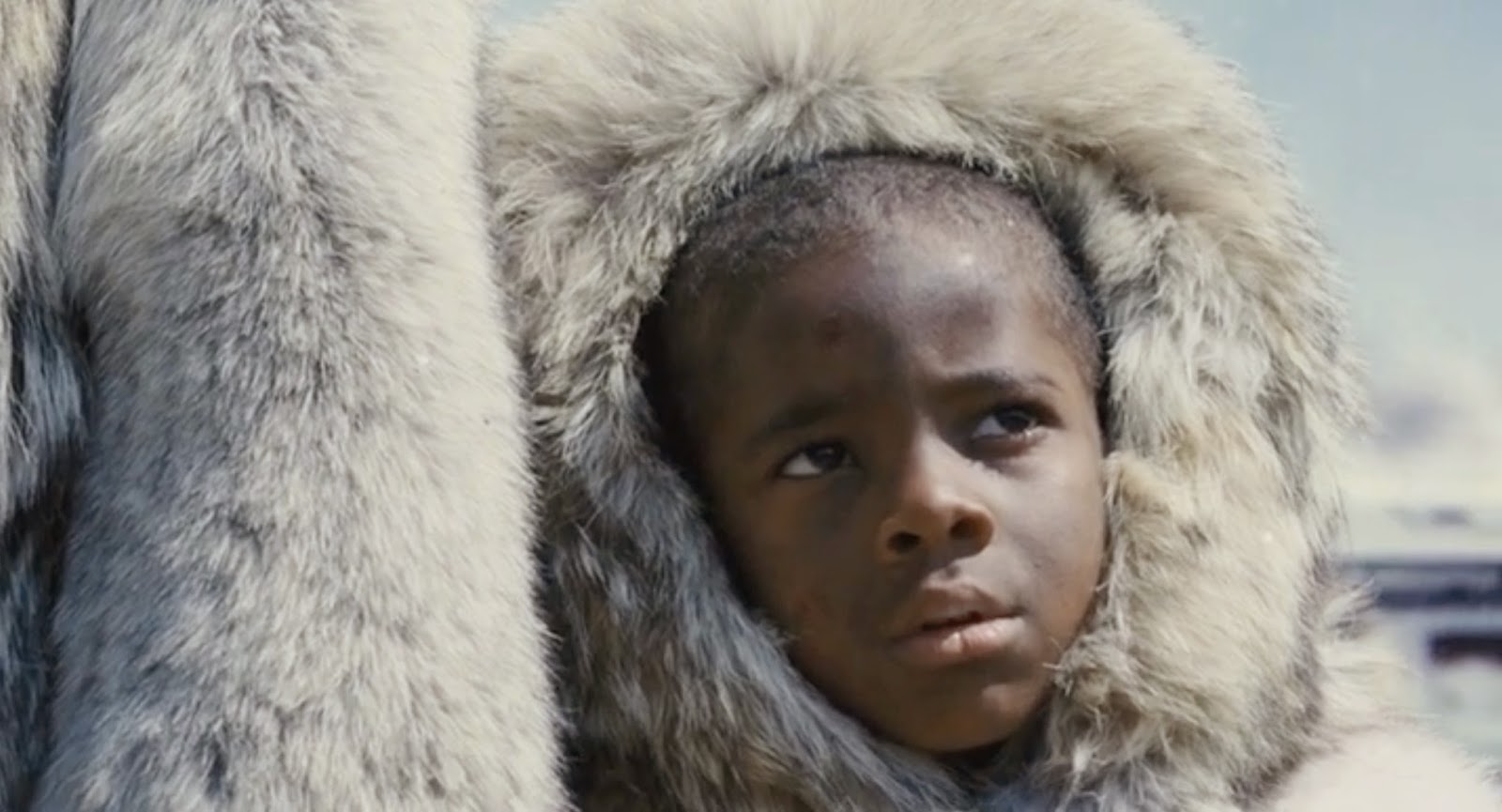