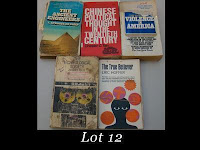 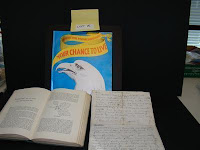 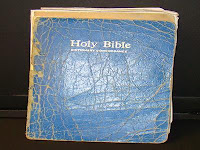 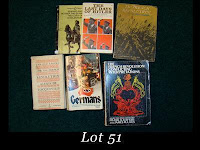 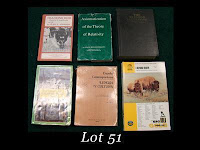 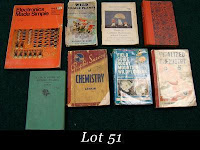 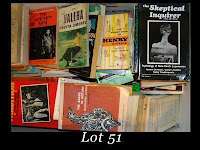 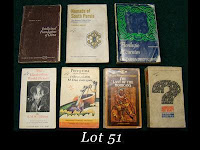 By court order, the U.S. government has to sell off Theodore "Unabomber" Kaczynski's stuff. Intrepid and well-funded buyers can bid on such things as the sunglasses and sweatshirt made famous in the forensic sketch, various tools and personal items, numerous manuscripts, and a few typewriters, including the one he used to write his manifesto. All good fun for the memento-seeker, and the proceeds go toward restitution to his victims' families.

I was curious to see what books he had. Lot 12 consists of 5 paperbacks the FBI thought were particularly important: Chinese Political Thought in the Twentieth Century

by Chester C. Tan, The Technological Society by Jacques Ellul, The True Believer by Eric Hoffer, Violence in America, and The Ancient Engineers

Other lots include a well-worn Bible, a manual for wilderness survival, and various battered paperbacks mostly concerned with history and science, though there's also a collection of O. Henry stories, a copy of The Last of the Mohicans, and The Elizabethan World Picture